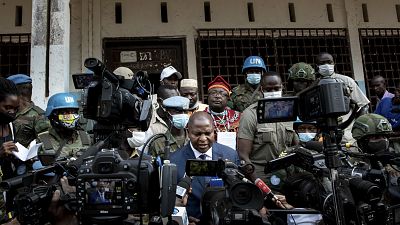 Some 44 rebels in the Central African Republic who were trying to blockade the capital Bangui and overthrow the authorities have been killed by government forces, the government said on Monday.

The rebels are protesting the re-election on Dec. 27 of President Faustin-Archange Touadera.

Following the Jan. 4 announcement of Touadera's victory, the rebel coalition said they would take the capital. They had also taken towns in other parts of the country before the election.

The CAR declared a state of emergency on January 22 as the army and UN forces are trying to push back the rebel groups.

The anti-government fighters, who now control two-thirds of the country, have surrounded the capital.

The UN envoy has warned the CAR is "at grave risk."

The authorities have accused former President François Bozizé, who was blocked from running in the election, for the increasing violence.

Bozizé, who was in office in 2003 and was overthrown in a decade later, denies the allegations.

"The perpetrators... of these unforgettable crimes against the people of CAR will be found, arrested and brought before the competent courts," President Touadéra said on Monday.

The army is also supported in its battle against the rebels by forces from Rwanda, Russia, France and the United Nations.

At least 100,000 civilians have been displaced from their homes since December due to the fighting, the UN agency children's Unicef said. 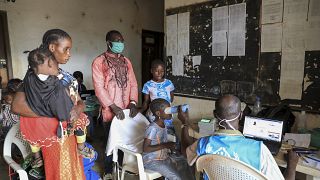 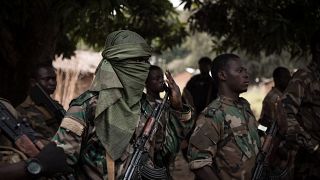