Britain's foreign secretary was in the Sudanese capital Thursday to discuss bilateral relations and tensions along the border with Ethiopia, Sudan's state news agency reported.

Raab was visiting to discuss the situation along the Sudan-Ethiopia border, where violent clashes between Sudanese forces and Ethiopian militias have taken place, leading to concerns of a potential military conflict between the neighbouring countries.

Raab was also expected to discuss the ongoing water dispute between Egypt, Sudan and Ethiopia. The dispute is over Ethiopia's construction of a controversial dam on the Blue Nile River, the main tributary of the Nile.

Sudan is on a fragile path to democratic rule after a popular uprising led the military to overthrow long-time autocratic Omar al-Bashir in April 2019, after nearly three decades of rule. A military-civilian government is now in power.

In a move to support the economic reforms of the Sudanese government, Raab announced a provision of 40 million pounds to the Sudan Family Support Program, which will provide 1.6 million people with direct financial support.

"Sudan is passing through a critical juncture in its transition to democracy," Raab was quoted by SUNA as saying. "The U.K. takes pride in standing by the side of the Sudanese people."

The British government on Wednesday pledged millions in aid to Kenya to help combat climate change, extremism in the region and to help roll out COVID-19 vaccines in Kenya and developing countries.

For her part Omamo said Kenya looked forward to working with the United Kingdom on health, education _ with a particular emphasis on girls' education _ and co-hosting the Global Partnership for Education Replenishment Summit in 2021. 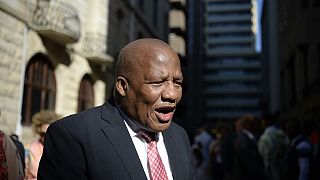