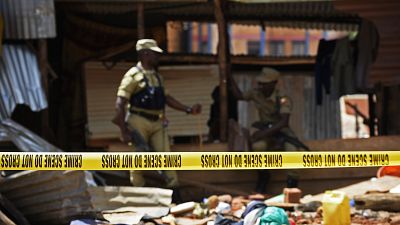 A Uganda army serviceman on Monday fatally shot 4 people and injured several others before he was killed by security forces.

The dead included two paramilitary police personnel, a police constable and a civilian.

The civilian was a mother driving to work. The incident happened in Nansana on the outskirts of the capital Kampala.

An army statement identified the shooter as Dennis Omara who held the rank of Lance Corporal. The army said it had launched an investigation into the deadly shooting.

Eyewitnesses said Omara had a misunderstanding with his security colleagues before shooting at them. Others said he had been drinking before opening fire on his colleagues.

Attacks by security personnel on their colleagues or civilians are common in Uganda.

Last February, a paramilitary police personnel shot two colleagues dead after a disagreement. He then turned the gun on himself.

In the same month, a soldier shot dead three family members in Gulu, northern Uganda after a land dispute.

On Christmas Day of 2020, a soldier shot and killed 4 people in western Uganda. He has since been to 101 years in prison by an army court. 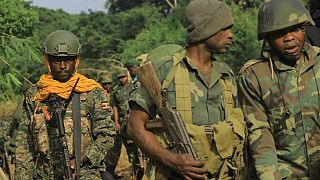