Political pressure is mounting both in the opposition camps and the ruling party as both sides wrestle to take control of the government through the ballot.

With the support former president Francois Bozizé , Anicet-Georges Dologuélénow appears as the most capable opposition candidate against Faustin Archange Touadera, who is the favorite in the poll.

The 58-year-old economist spent more than a decade outside CAR before returning to its political scene in 2013. He served as prime minister from 1999 to 2001 under the government of President Ange-Felix Patasse, who was deposed in a 2003 coup by Francois Bozize. Bozize remained in power until 2013 when he was overthrown by rebel forces.

In 2016, Dologuele won 23.7 percent in the first round of voting, trailed by Touadera who garnered 19.4 percent.

Dologuélé was later on defeated by a large margin by Touadéra, who by then considered an outsider.

With a total of 1.8 million voters, the central African Republic will vote on December 27. 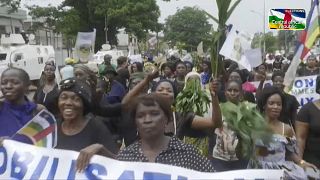 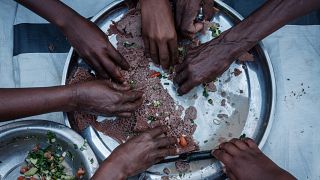