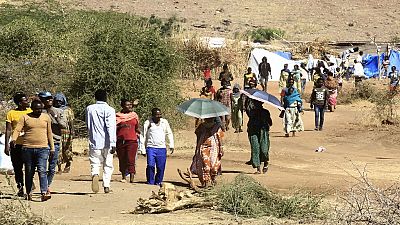 Telecom services have resumed in parts of Ethiopia’s northern Tigray region where the government recently wrapped up a “law and order” operation against the then regional government – the Tigray People's Liberation Front, TPLF.

The company said the service disruption was due to the crisis that saw the national army facing off with TPLF forces. Prime Minister Abiy Ahmed announced days ago that the operation had ended after the army captured the Tigray capital, Mekelle.

The extent of damage to infrastructure is not known, largely because of the disruption in communication. News reports indicated that especially aerial bombings had caused significant damage and casualties but PM Abiy told parliament that the operations were targeted.

Ethiopia has cut the internet thrice this year - two targeted outages and a national blackout in late June through much of July. The first outage in western Oromia lasted three months – January till late March 2020.

The second and more impacting shutdown was nationwide, a measure imposed on June 30, following the killing of a famed Oromo artiste, Hachaalu Hundessa, in the capital Addis Ababa. That blackout lasted over three weeks.

It said: “Network data from the NetBlocks internet observatory confirm that internet has been cut regionally in Ethiopia from 1 a.m. Wednesday 4 November 2020 local time. Metrics corroborate widespread reports of a data and telephony blackout in the northern region of Tigray, which are ongoing as of midnight.”

The calls for restoration of connectivity came in thick and fast, by local and international human rights players but the federal government dismissed them even as hostilities triggered a humanitarian crisis along the border with Sudan.

“Cutting off communication has severely hampered the ability to monitor the situation on the ground, particularly the impact of the clashes in the local population,” UN human rights head Michelle Bachelet said in a November 6 statement.

She also called on the national authorities to “re-establish all basic services, including Internet and telephone connections.” Adding that “the right of all people to be informed and to access information is particularly vital in a crisis situation”.

Recently, government said it had opened a humanitarian corridor to assist persons affected by the operation but today (December 2), Addis Ababa agreed a deal to give unrestricted access to the United Nations to help with the delivery of critical humanitarian assistance to affected areas.