The long standing battle between cocoa producers in both Ghana, Ivory Coast and the U.S.-based Hershey is taking another drastic twist following the cancelation of all sustainability schemes.

Cocoa farmers in Ivory Coast and Ghana will have to wait a little longer for promised bonuses.

This is after two American chocolate makers reneged on a pledge to pay premiums of $400 per ton of Cocoa.

In a letter written by both the Ivorian and Ghanaian cocoa regulators, the U.S. based company is accused of sourcing unusual high volume of physical cocoa on the ICE futures exchange in order to avoid paying premiums, known as a living income differential (LID) to elevate poverty levels in the countries among local farmers.

The arrangement, called the decent income differential, is meant to help improve the lives of peasant farmers, the producers of the cocoa crop.

Abidjan and Acca have accused the companies - Hershey and Mars of changing their suppliers and of sourcing cheaper cocoa beans in a bid to avoid paying the premuims.

Ivory Coast and Ghana are the world's leading producers of cocoa.

But much of the crop is exported to international markets in its raw form, some times with little value addition.

The Ivorian and Ghanaian cocoa councils have accused the companies of a conspiracy to keep farmers in poverty.

In a response, Hershey said it was sourcing the crop according to 'the needs of our business' while Mars claimed it had supported initiatives to improve incomes and livelihoods of farmers.

“Our concern is that by cutting off industry sustainability programs, cocoa farmers will no longer receive the benefits provided by our programs... (like) the price premium for certified cocoa,” the company said in a statement as reported by Bloomberg.

Hershley is an American multi-national company and largest chocolate manufacturer in the world.

With over $6 billion dollars in sales every year, the Hershey Company is arguably among the top chocolate manufacturers in the world. Its products are sold in over 70 countries and includes Whoppers, Almond Joy, and Twizzlers.

The U.S. based company came to the West Africa to broaden its cocoa supply and in return was to offer a reliable market for the produce and also give out premiums to alleviate poverty in the region among farmers.

Despite the company’s philanthropic model based on social protection and environmental program, it has been embroiled in volatile ethical values especially in child labor in West Africa.

Ghana and Ivory Coast produce two-third of the world’s cocoa and have always barred other stakeholders in running any scheme on behalf of Hershley.

Hershley has always termed cocoa as sustainable scheme, meaning it is environmental friendly and not linked to human rights abuses.

Through such a model, Hershley has a planned premium to respective countries that runs this model and is free from child labor and have cocoa plantations not based in protected forest land.

Cocoa farmers in Ghana earn a per capita daily income of approximately USD $0.40-$0.45 from the produce. This amounts to an annual net income of USD $983.12-$2627.81 and accounts for two thirds of cocoa farmers’ household income. 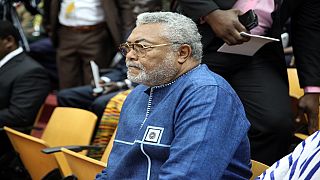