She is the most listened to French-speaking recording artist in the entire world, Aya Danioko better known as Aya Nakamura, the singer of Malian descent has just released her third album self titled Aya.

A Multicultural Fusion that Has Influenced the World

The singing sensation gives an inside look into her latest project, “I think it's a bit more realistic, there are fewer punchlines, it's more melodic. I think it's a bit more realistic in every sense and it talks a lot about love in a positive way. I could have done a bling bling thing with rhinestones and sequins as they say, but I didn't want to do that, and I'm not like that, deep down. I may be the most listened to French female artist in the world, but I am still someone's mother, someone's sister, and I have a family. I thought it important to show all that because I share my life with them."

Born Aya Danioko in Bamako twenty-five years ago, the internationally celebrated songbird makes colourful music enriched with subcultural slang and her own unique expressions such as her global hit song "djadja" that literally translates to "man" which her millions of fans can be heard singing all over the world.

Aya shares her feelings on her music-making process and the public backlash her style can sometimes receive from a minority of naysayers.

"The way I see it, when you have no mental limitations, why would you limit yourself by saying, ‘okay, I'm going to be known only in France.’ When people ask me, ‘how does it feel to be known internationally?’ I don’t let it get to my head, because I just tell myself that I didn't hold back when making my music, I didn't say to myself, ‘If I sing that, will it be frowned upon? Will it be well-received?’ I just did what I liked. Some people may say to themselves, ‘Who does she think she is? She's mocking our French language’ all like ‘’I don't care, I'm going to invent new words,’’ what's her deal?’ When it’s not like that at all. I think it's important to accept other people’s cultures - especially when you are multicultural, that's how it is, you have to accept it."

Continued Success for the International Starlet

Her third studio album, Aya, has been available since November 13. 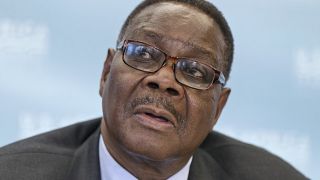