Hundreds of Algerians turned out to pay their final respects to Lakhdar Bouregaa -- a highly respected veteran of Algeria's war of independence against France.

Bouregaa, who died aged 87, was also a key figure in the Hirak anti-government protest movement.

The funeral on Wednesday was held despite coronavirus restrictions on gatherings.

"Algeria has lost one of its heroes who lived through two revolutions," said Saïd Irzi, one of his relatives.

"He wrote the saying that will stay in the collective memory that will pass through generations: 'The Hirak. is an idea and an idea never dies, because the idea of change is a crucial one.'"

The longtime opposition political figure spent the last half of 2019 in prison for his role in the Hirak mass protest movement.

He was buried at the Sidi Yahia cemetery in the hills above Algiers.

During the service, some shouted the Hirak protests movement's slogan "civilian state, not military!" and vowed, "we will continue the fight!".

The Hirak flooded the streets of Algeria in early 2019, sweeping former president Bouteflika from power.

Protesters continued to rally in their hundreds of thousands to demand deep political reforms, only suspending demonstrations as the coronavirus pandemic prompted a nationwide lockdown.

Around 90 of their supporters, including journalists and bloggers, are currently behind bars, according to the prisoners' support group CNLD.

But the Hirak has sought to keep up the political pressure, including by boycotting a referendum on constitutional changes that took place on Sunday -- an exercise it dubbed regime window-dressing.

The poll yielded an official turnout of 23.7 percent, the lowest in a national poll since independence. 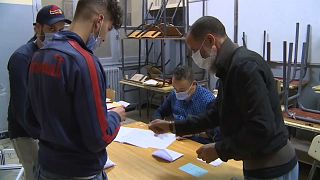 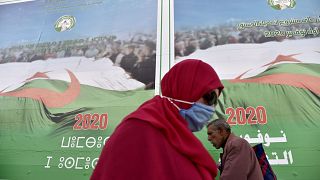