Residents of Ivory Coast's capital city Abidjan fear what will come next.

The city is calm this morning, but incertainty is till on everyone's mind.

Following yesterday's acts of violents in some of the country's major cities, many dread a return of the 2010 post electoral violence, that killed over 3 000 people.

"We no longer want war, we want peace, so that what happened in 2010 never happens again. We ask those who are against it to come to their senses so democracy can move forward. We cannot developp a country in war and hate", 67-year-old Moussa Doumbia, a local Resident of Abobo, in the capital city.

Life may just be like everyday on this market, however after months of violence, many wonder what will come next

Now according to this local resident, fear and weariness are on everyone's mind.

"We're scared, the Ivorians are tired (of the situation), we're not going to spend our time with politicians, that's not where we're going to stay. Young people have to work, we Ivorians are united" assures Local Resident Julien Yobouet.

Uncertainty has surronded the coming days. Ivoirians now wonder whether the release of even partial election results in the next five days could set off more unrest in the country, just like it did, a decade ago.

So far violence surronding the presidential elections in the country have left at least 30 dead since August, a number that is expected to change, in the coming hours. 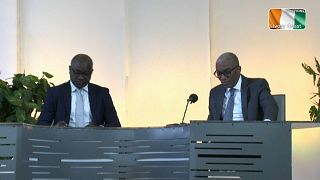 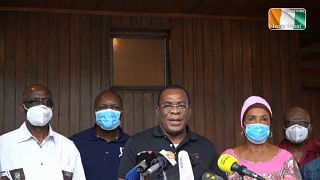