An Appeal on Denied Bail

The polarising hero of the oscar-nominated hit movie 'Hotel Rwanda,' Paul Rusesabagina — who is currently on trial on 13 charges including terrorism, financing and founding militant groups, murder, arson and conspiracy to involve children in armed groups, appeared in court in Kigali on Friday.

He appealed the denial of his request to post bail last week and also admitted to helping form the armed wing, the National Liberation Front (FLN) — which has claimed responsibility for a series of attacks in Nyungwe, near the border with Burundi, of the Rwandan Movement for Democratic Change (MRCD), an opposition party based abroad which he co-founded.

The accused told the court on Friday that he had helped form an armed group but denied any role in its crimes, "We formed the FLN as an armed wing, not as a terrorist group as the prosecution keeps saying. I do not deny that the FLN committed crimes but my role was diplomacy. The agreement we signed to form MRCD as a political platform included the formation of an armed wing called FLN. But my work was under the political platform and I was in charge of diplomacy."

Rusesabagina is famed for his depiction by Don Cheadle in the 2004 film in which a moderate Hutu is shown as saving hundreds of lives at a luxury hotel during the 1994 genocide that saw around 800,000, mostly Tutsi, lose their lives. The release of the film thrust him into the global spotlight, giving him a greater platform for his criticism of Kagame's government.

However, Rusesabagina left Rwanda in 1996 along with other moderates who believed the space for political opposition was fast shrinking and as he grew more critical, railing against his perceived Kagame's anti-Hutu sentiment — a delicate subject matter in the country,  his local image worsened as the regime attacked his character in turn.

Detractors claimed he embellished his heroics, while some survivors groups accused him of profiting from their misery.

Kagame, who has been in power since his troops flushed out the genocidal regime in 1994, is championed abroad for turning the country around. However, critics such as Rusesabagina accuse his government of authoritarianism, ruling with fear and oppressing the opposition. Several critics of his regime have even been assassinated abroad.

An even more complex image of Rusesabagina has emerged since he appeared in police custody in Kigali under mysterious circumstances last month. This came after years spent in exile in Belgium and the United States.

Rusesabagina's family have said that he would never have willingly returned to Rwanda, and the details of his arrest are still murky. They also say that he has been permitted to choose his own lawyers for the trial.

A ruling on his bail appeal will be made on October 2. 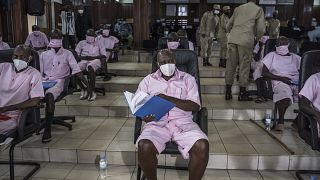 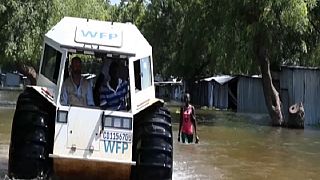 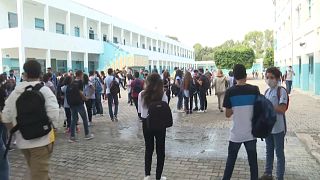