In Angola, the number of sexual crimes against children is increasing and reaching victims from the age of two.

The conclusion is from a work, now presented in book form, by psychologist Ana Panzo, who for one year studied prisoners in nine prisons in three Angolan provinces.

"I was able to see that most of the aggressors are people very close to the victims, they have some degree of kinship, from siblings, parents, stepfathers, uncles. I also noticed that there are several motivations, but one of the main ones they point out is sexual satisfaction. This is what leads us to believe that we are facing a pedophile. They have this repetitive, compulsive behaviour with one or several children. It is even the case of individuals with an established family who only obtain sexual satisfaction when they are involved with minors."says the  Psychologist, Ana Panzo.

Another of the main conclusions of the study is that offenders often try to excuse themselves with sorcery or the supposed effect of occult forces, so as not to have to take responsibility for the crimes. 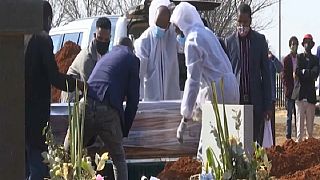