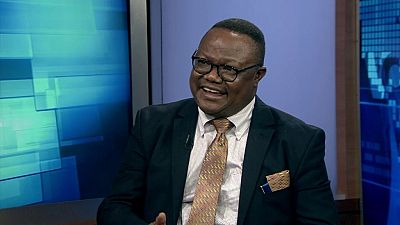 <p>Tanzania opposition politician Tundu Lissu jetted back to the country Monday with hundreds of supporters showing up at the airport to welcome him home.</p> <p>Tundu returns home from Belgium where he spent three years seeking medical attention following an aggressive attack that saw him shot six time.</p> <p>He was stripped of his parliamentary seat while seeking medical attention with some critics claiming this was as a result of him being an ardent critic to president John Pombe Magufuli.</p> <p>Opposition parties “have gone through hell” under President John Magufuli, according to Tundu, elaborating on his hopes to run in upcoming presidential elections.</p> <p>“The biggest thing has been the untold suffering. Killings of political leaders, attacks on political leaders, abductions, disappearances, torture, illegal prosecution of opposition leaders and activists in courts of law, with trumped-up charges. We have gone through hell,” said Tundu Lissu, Tanzanian opposition politician </p> <p>Opposition leaders in Tanzania have raise queries in the upcoming general election with some citing fears of intimidation</p> <p>“Whether we are going to have free and fair elections, that is not the question, we don’t expect that. The issue is, are we going to be alive, are we going to have our lives by the end of the electoral process? Because this government is so violent, has acted with so much violence that that is the biggest fear. Will we have elections?” Tundu asked.</p> <p>Tanzania’s election commission has set October 28 as the date for the country’s highly anticipated presidential election.</p> <p>President John Magufuli will be seeking re-election after being chosen earlier this month as the candidate of the governing Chama Cha Mapinduzi (<span class="caps">CCM</span>) party.</p>