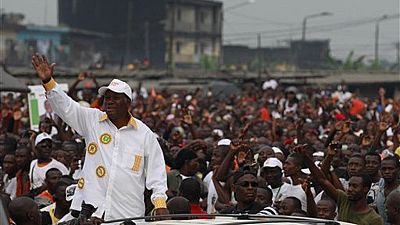 The decision comes on the back of the death of Prime Minister Amadou Gon Coulibaly, who was the party’s flagbearer for the polls. Coulibaly died a week after returning from France where he received medical attention.

In an interview with French broadcaster, RFI; the party’s executive secretary Adama Bictogo said the president was best placed to win and united the party. Though Ouattara is yet to comment on the issue Bictogo says he should accept the party’s position in order to avoid any fractures.

Ouattara had announced his departure early this year when the party nominated Coulibaly as his successor. Coulibaly died due to cardiac complications at a cabinet meeting.

Coulibaly was buried after an eight-day mourning period. The funeral was attended by a number of leaders from the West African region.