Malian PM apologises for “excesses” by security forces against protesters 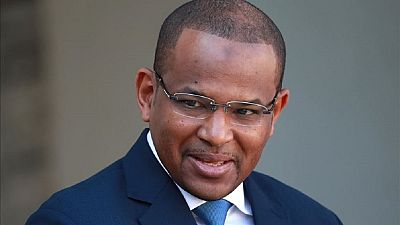 Last Friday, the latest in a series of mass protests in the capital Bamako against Keita turned violent, with security forces firing on protesters, some of whom had occupied state buildings.

Clashes continued for several days, with at least 11 people killed in total, the government has said.

Unfortunately, there were excesses. What happened is very regrettable. We apologise for it.

“Unfortunately, there were excesses. What happened is very regrettable. We apologise for it,” Prime Minister Boubou Cisse said in an interview with France 24 television aired late on Thursday. He said prosecutors had opened an investigation into the violence.

On Tuesday, Cisse wrote to the security ministry demanding an explanation for the deployment of an anti-terrorist special operations force on the streets of Bamako during the protests.

The coalition of religious, political and civil society leaders behind the protests accuses Keita of failing to address violence by jihadist groups and ethnic militias, of mismanaging the economy and of enabling corruption.

A delegation from the West African regional bloc ECOWAS is in Bamako this week to try to broker a resolution, but Keita’s opponents have so far refused to withdraw their demand that the president resign.

“It’s inconceivable because the president … was democratically elected,” he said. “I think it’s important … that anyone who occupies position of responsibility in our country gets there through the democratic process.”

The ECOWAS delegation, led by former Nigerian president Goodluck Jonathan, is scheduled to meet with Keita and opposition leaders on Friday.

The opposition has urged its supporters to mourn those killed in the protests during Friday prayers, but has backed off earlier calls for a mass prayer meeting in the heart of Bamako.