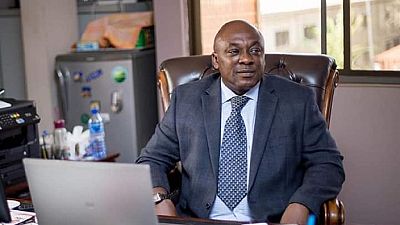 A sitting Ghanaian lawmaker and deputy minister has resigned his ministerial post after admitting to openly flouting COVID-19 protocols at a time he had tested positive.

The presidency confirmed in a July 3 statement that Carlos Ahenkorah’s resignation as Deputy Minister of Trade and Industry had been accepted by the president.

“This follows the admission by the Deputy Minister of his breach of COVID-19 protocols, when, as a person certified to be positive for the virus, he visited a registration center in his constituency before the period of self-isolation was complete.

“President Akufo-Addo is admonishing all of his appointees to bear in mind that they have to provide leadership, at all times, for adherence to the protocols that have been established to help the nation defeat COVID-19,” the statement added.

Local and social media had been awash with interviews of Ahenkorah admitting to knowing his status but leaving his house into public places. He defended his decision to step out of his home saying he had passed a week in self-isolation and that he acted on medical advice.

The former minister admitted being admitted at the main hospital in Accra where he spent the night. He told local Citi FM that he had been with a former party scribe, who died due to the virus. He also visited a voter registration center with his driver – who had also tested positive for the virus.

A number of government officials have contracted the virus. Minister of Health Kwaku Agyemang Manu and two other ministers are currently undergoing treatment.