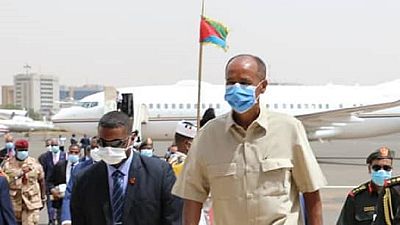 By May 13, every African country had recorded a case of COVID-19, the last being Lesotho. Africa’s first case was recorded in Egypt on February 14. It therefore took 89 days for the virus to make its journey across the continent.

Eritrea is one of two African countries as at May 17 that could boast of being free from COVID-19 having recorded infections. Virus-free status in this context meaning having attained full recovery of patients previously infected.

The official national declaration of this status was issued on May 15 when the Health Ministry confirmed that the 39th patient had fully recovered after retesting and was duly discharged from the hospital.

As of today, June 25, the country has recorded new cases and what could be described as a spike in cases. From 39 cases, the country now has case load of 144 cases with recoveries still at 39 with 105 active cases and no deaths according to John Hopkins University tallies.

This article focuses on pre-virus arrival measures and other containment decisions implemented by the COVID-19 Task Force – that leads the national response to the pandemic.

But the journey to the May 15 status lasted roughly two months (exactly 55 days) from the day an index case was recorded and reported by the ministry. It was on March 21 when an Eritrean national returning from a trip abroad was identified at the airport and tested.

Ten days before March 21, the government of Eritrea, GOE, had admitted that the virus had attained global dimensions and it was just a matter of time before it entered the country. The first official coronavirus directive was issued on March 11.

Contained in that directive was an appeal to citizens with travel plans to postpone on their own volition, that sensitization campaigns were to continue, but the big news for many was that nationals of four countries – China, Italy, Iran and South Korea – arriving in Eritrea were to be quarantined.

Same was the case for all persons with recent travel history through the said countries. They were the most impacted nations at the time.

Between index case and containment dynamics

In between the March 11 statement and the first case, all internal and external travel was banned by the government on March 17. Eritrea will go on to issue stricter guidelines two days after the first confirmed case in a March 23 statement.

Amongst others, gatherings above 10 people were banned and a number of public places including cinemas and nightclubs were shut as were places of worship. Public places allowed to remain opened had to enforce strict physical distancing regulations.

On March 25, commercial flights into and out of the country were suspended. Five days later, the case count had reached 15 according to the health ministry. 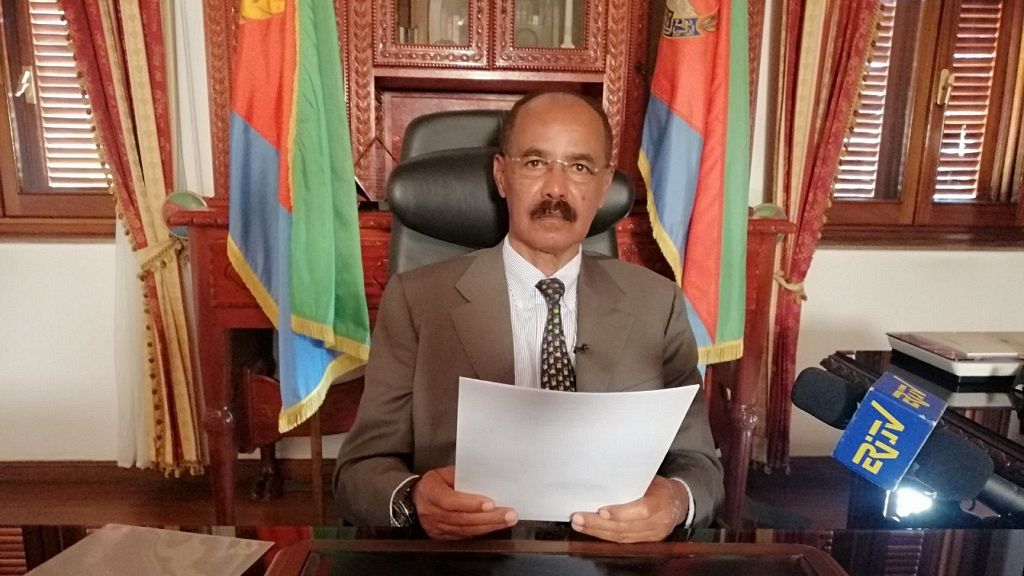 The first move in April was the imposition of a total lockdown. The case count stood at 22, a little over half of the 39 cases that were eventually recorded. Government in the April 1 statement asked all citizens to remain at home except for essential and frontline workers.

By mid-April cases had hit 34 as the government continued to announce financial contributions from citizens at home and in the diaspora.

Even though a widely publicized donation of COVID-19 supplies by Chinese businessman Jack Ma was distributed across Africa, a Voice of America report said the country had not received or to put it bluntly had rejected the donation. GOE has yet to comment on the episode.

By May 8th, case tally had reached 39 but the good news from the Health Ministry was the recovery of 37 out of the number. Eritrea was among a handful African countries that had yet to record deaths at the time and till date.

Two days on, the 38th recovery was recorded before the final on May 15 meant that there was no active case in the country. Cases meanwhile continued to rise steadily (in Ethiopia and South Sudan), consistently (in Kenya) and at a faster rate (in Djibouti, Egypt, Sudan and Somalia.)

But GOE had always sounded caution bells even in the face of recovery successes that preventive measures remained in place and that per the regional, continental and global dynamics, the country was not yet out of the woods.

Pursuit to that, despite virus-free status, Eritrea; starting May 17, rolled out what it called a random and extensive testing program in the capital Asmara, in border towns and for its frontline workers.

Only two African countries have achieved a similar feat. First was Mauritania with 8 cases in April (recording 7 recoveries and a death) to achieve that status. New cases have since been registered with May 17 tallies at 62 cases, 7 recoveries and four deaths.

Mauritius was the second to declare virus-free status with 332 cases, 322 recoveries and 10 deaths as of May 11, a case stat that remains valid as of May 17 according to tallies from the John Hopkins University portal.

Three main actors in the government machinery were played different roles in the virus response with the lead agency being the Ministry of Information led by long-serving Yemane Ghebremeskel. Through the Ministry’s Shabait portal he communicated correspondence from the Health Ministry and COVID-19 Task Force.

The Health Ministry delivered virus updates – cases, recoveries and directives; whiles the Task Force came in with the guidelines relative to containment measures and other fine details.

Good to welcome again President Isaias Afwerki to #Ethiopia for a two-day meeting where we will be exchanging on bilateral and regional issues as well as the challenges we are currently faced with as a global community. pic.twitter.com/jbUmLj3KbN

President Isaias Afwerki, the other actor delivered an address on national networks on April 18 when Eritrea had 35 cases. He likened the virus to an analogous war that needed concerted action to combat.

His trip to Ethiopia was also another engagement, his only publicized diplomatic episode at the time. According to Ghebremeskel he travelled to Addis Ababa for bilateral and regional talks but at the heart of the exchanges with the Ethiopian Prime Minister was COVID-19 and locust invasion.

Even as the world comes to terms with reopening after the virus disruption and as containment continues in different modes, Eritrea is in a position most countries the world over will love to be in – in control of a situation that wrestles social normalcy.