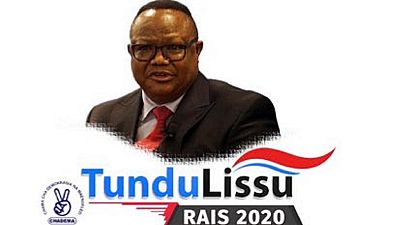 A former Tanzanian lawmaker and leading member of the main opposition Chadema has announced presidential ambitions ahead of polls expected in October.

Tundu Lissu has had a tough last few years in the country’s rigid political terrain but seems motivated enough to challenge incumbent John Magufuli who is seeking re-election.

Lissu made the announcement to seek the Chadema ticket via social media. He is currently in Belgium where he has been receiving treatment after a 2017 assassination attempt.

In the September 2017 attack which remains unresolved till date, he was shot 16 times by unknown gunmen. He was then the parliamentary chief whip of Chadema. He was initially treated for his wounds in Kenya before moving to Belgium in January 2018 to recuperate.

In September 2019, he lost his position in the parliament after he was expelled. His expulsion resulted in a by-election for his parliamentary seat, won by a ruling Chama Cha Mapinduza, CCM party candidate who ran unopposed.

Opposition MPs boycotted the swearing-in of the new MP stressing that the condition of Lissu was known to the National Assembly but speaker John Ndugai defended the decision at the time, saying the absentee Lissu had breached parliamentary procedures.

Lissu, an avowed Magufuli critic – arrested a number of times prior to the 2017 attack – said the last five years of the Magufuli government had plunged Tanzania into economic, political and diplomatic difficulties.

It remains to be known when he will return to contest for the Chadema ticket and file his nomination forms if he wins the ticket. He has in the past postponed his return citing personal security.

Min opposition leader was attacked by unidentified assailants as he entered his home late at night, officials with his party said Tuesday (June 9, 2020), just months ahead of a general election and as opposition figures face alleged harassment.

Freeman Mbowe, the leader of the opposition in parliament and chairman of the Chadema party, was rushed to a health center for treatment after he was attacked overnight in Dodoma, the administrative capital, Dodoma Regional Police Commander Gilles Murotto told reporters.

“Mbowe has a fracture on his right leg and according to the doctors his condition has stabilized,” Murotto said, adding that the attack is under investigation.

A climate of fear has grown in the East African nation, rights groups and critics say, as President John Magufuli seeks a second term in the October election that shows no sign of being delayed despite the coronavirus pandemic.

Critics accuse Magufuli’s administration of curtailing freedom of assembly. Since 2016, opposition rallies across the country have been banned.

John Pombe Magufuli is one of the African leaders that has categorically stated his disinterest in staying on for whatever reason. Rightfully so for a president operating in a democracy that has seen presidents come and go. 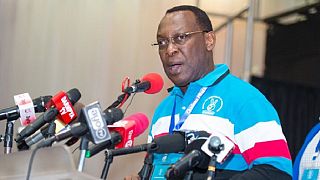 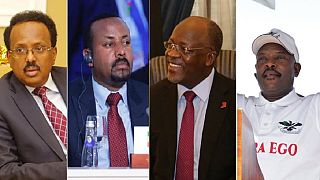 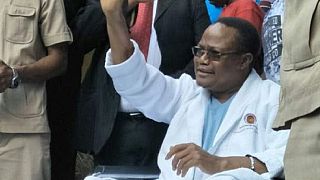