Mistreatment of Africans in China: Trump questions WHO's silence 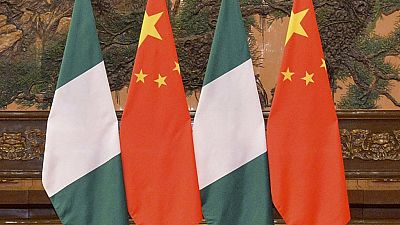 May 18: Trump jabs WHO over China mistreatment on Africans

US president Donald Trump continued his funding threats to the World Health Organization, WHO; with a May 18 letter that threatened outright withdrawal of the US from the organization.

The four-paged letter addressed to the WHO Director-General, Tedros Adhanom Ghebreyesus said that the body had 30-days to undertake needed reforms. “I will make my temporary freeze of United States funding to the World Health Organization permanent and reconsider our membership in the organization,” Trump threatened.

But at the heart of the letter was an accusation that WHO had virtually been captured by China, and that their missteps and failure to hold Beijing accountable had led to the escalation of the coronavirus spread.

A portion of the letter also accused WHO of overlooking racist treatment of Africans in parts of China. It queried why the WHO has all along remained mute on the issue.

“On April 11, 2020, several African Ambassadors wrote to the Chinese Foreign Ministry about the discriminatory treatment of Africans related to the pandemic in Guangzhou and other cities in China.

“You were aware that Chinese authorities were carrying out a campaign of forced quarantines, evictions, and refusal of services against the nationals of these countries. You have not commented on China’s racially discriminatory actions.

“You have, however, baselessly labeled as racist Taiwan’s well-founded complaints about your mishandling of this pandemic,” the relevant paragraph read.

A number of African leaders in April came to the defense of Tedros when Trump launched an attack against the organization relative to funding cuts.

“The W.H.O. really blew it. For some some reason, funded largely by the United States, yet very China centric. We will be giving that a good look. Fortunately I rejected their advice on keeping our borders open to China early on. Why did they give us such a faulty recommendation,” Trump posted in a April 7 tweet.

The African Union Commission Chairperson, Moussa Faki Mahamat, posted support for the WHO and Tedros in a tweet of April 8. That tweet set off a reaction from a number of Africa leaders. Among others Paul Kagame, Hage Geingob and current AU chairperson Cyril Ramaphosa all joined in.

READ MORE: Tasks ahead for the non-physician who leads WHO

As China continues diplomatic efforts to quell a recent surge in protests by African governments and the African Union, AU, there is a new round of outrage on social media after a new visibly racist video was posted on Twitter on Friday.

The 38-second video has since gone viral on the social media platform. It shows Chinese officials masked and with temperature guns blocking a black woman from entering a mall.

The video originally posted on TikTok by a user @claudi405 had a series of caption amongst which were “This is the treatment black people get in China now, they were not allowed to get inside of the shopping mall.”

As the blacks are stopped from entering a white shopper walks past the security, another white shopper tries to intervene but fails. “Chinese government says black people are not welcome, because they the cause of the corona virus,” another caption read.

The location and date of the video is not readily known. But the video feeds into the recent outrage in southern China’s Guangzhou where Africans were reportedly forcibly evicted and in some cases quarantined and tested for COVID-19.

Meanwhile, opposition voices in the southern Africa region have written to South African president Cyril Ramaphosa who doubles as Chairperson of the AU to call for an investigation into mistreatment of Africans in China.

“As Africans we are appalled by the reports of poor treatment of African nationals who are residing in China. We call for all Africans to be treated with dignity and as equal to all other residents of China,” the statement signed by five regional oppostion leaders stated.

The Chinese Foreign Ministry in a statement earlier this week said it acknowledged the concerns of African countries and stressed that the reported cases will be probed by authorities in the Guangdong Province.

Beijing also stressed historical ties between the two parties and vowed to do all it takes to maintain, bolster and consolidate them despite the current rift. It also said the government had a zero tolerance towards discrimination and treated all persons equal.

This is really painful to watch. The African Union must take action to help our African brothers and sisters who are living and working in China. We must take a clear stand as a continent. pic.twitter.com/qUQtP41VfW

A major Chinese news outlet, the Xinhua news agency reported on Tuesday that as of Monday, April 14, over 100 Africans in China’s southern city of Guangzhou had tested positive for the novel coronavirus.

The vice mayor also confirmed that a total of 4,553 African people in the city had undergone nucleic acid testing since April 4. Guangzhou, the capital of Guangdong province had made news headlines after a number of Africans were evicted from their places of lodging amid reports of racist abuse related to coronavirus.

The Chinese Foreign Ministry on Monday admitted receipt of complaints by African governments that foreigners of African appearance in the city of Guangzhou were being subjected to forceful testing for the coronavirus, quarantines and ill treatment. U.S. diplomats also reported that Africa-Americans had been targeted.

The statement read in part: “During our fight against the coronavirus, the Chinese government has been attaching great importance to the life and health of foreign nationals in China. All foreigners are treated equally. We reject differential treatment, and we have zero tolerance for discrimination.

“Since the outbreak, the authorities in Guangdong attach high importance to the treatment of foreign patients, including African nationals. Specific plans and proper arrangements are made to protect their life and health to the best of our ability, thanks to which we were able to save the lives of some African patients in severe or critical conditions.

It added: “The foreign ministry will stay in close communication with the Guangdong authorities and continue responding to the African side’s reasonable concerns and legitimate appeals.

“The virus knows no borders. The pandemic, a challenge to all mankind, can only be defeated through concerted international efforts. With mutual understanding, mutual support and cooperation, we are ready to continue working with African friends to achieve the final victory.”

African officials are confronting China publicly and in private over racist mistreatment of Africans in the Chinese city of Guangzhou, and the U.S. says African-Americans have been targeted too.

Some Africans in the commercial hub have reported being evicted or discriminated against amid coronavirus fears. And a U.S. Embassy security alert on Saturday said that “police ordered bars and restaurants not to serve clients who appear to be of African origin,” and local officials have launched mandatory testing and self-quarantine for “anyone with ‘African contacts.’”

A recent increase in virus cases in China has been largely attributed to people arriving from overseas. For most people, the coronavirus causes mild or moderate symptoms, such as fever and cough. But for others, especially older adults and people with health problems, it can cause severe symptoms like pneumonia.

The police and public health bureau in Guangzhou on Tuesday told reporters that officials had responded to rumors that “300,000 black people in Guangzhou were setting off a second epidemic,” which “caused panic.” Officials said the rumor was untrue.

African diplomats in Beijing have met with Chinese foreign ministry officials and “stated in very strong terms their concern and condemnation of the disturbing and humiliating experiences our citizens have been subjected to,” Sierra Leone’s embassy in Beijing said in a statement Friday, adding that 14 citizens had been put into compulsory 14-day quarantine.

The diplomats reminded officials of their support of China during the pandemic, especially in the early days. Some African nations that had scores or even hundreds of students stranded during China’s earlier lockdown had sided with Chinese officials against calls for evacuations, and many African nations publicly praised Beijing for its virus response.

Separately, in an unusually open critique of Beijing, the speaker of Nigeria’s House of Representatives tweeted a video of himself pressing the Chinese ambassador on the issue. “It’s almost undiplomatic the way I’m talking, but it’s because I’m upset about what’s going on,” Femi Gbajabiamila says.

The scoldings continued Saturday as African nations that have openly praised China’s development model or assertive investment in the continent in recent years made it clear that racist treatment of their citizens wouldn’t be tolerated.

Kenya also has spoken out. A foreign ministry statement noted “unfair responses against foreigners, particularly of African origin,” from some locals in Guangzhou, especially landlords.

The statement said the Chinese embassy in Nairobi has told Kenya’s foreign ministry that authorities in Guangzhou “have been tasked to take immediate action to safeguard the legitimate rights of the Africans concerned.”

Chinese Foreign Ministry spokesman Zhao Lijian on Thursday told reporters that China’s most urgent task is to prevent “overseas imports” of the virus but acknowledged that “there might be some misunderstandings in the implementation of measures.” China treats all foreigners equally, Zhao said.