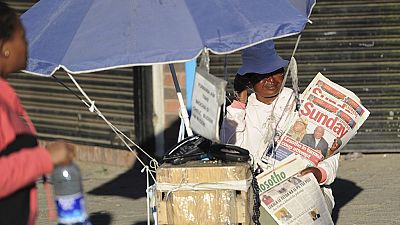 Lesotho confirmed its index case of COVID-19 in a press release issued on May 13. The country becomes the last on the continent to record a case.

The statement signed by Director-General of Health Services said in part: “The Ministry of Health informs the Basotho nation and the entire community living in Lesotho, that the country now has the first confirmed case of COVID-19.

“On the 9th May, 2020, the Ministry conducted 81 (eighty one) tests for COVID-19 from travellers from South Africa and Saudi Arabia.”

It said results that came back from South Africa on the 12th May 2020 indicated that “Eighty people tested NEGATIVE for COVID-19 whiles ONE tested POSITIVE for COVID-19.”

Till date, the country have obtained out 597 specimens which have been tested by South Africa’s National Institute of Communicable Diseases, NICD; 295 are negative and 301 are still pending results.

Please find the full details of the confirmation. Once again we encourage Basotho to adhere to social distancing, hand washing and sanitising.#lesothoconfirms#COVID19 pic.twitter.com/Phh5DejvrV

With the expiration of an initial three-week nationwide lockdown, Lesotho Prime Minister Thomas Thabane has extended the coronavirus prevention measure by another by two weeks.

The lockdown expired on Tuesday (April 21) but will now run till 5 May. Lesotho remains one of two African countries yet to record infections, the other being Comoros.

PM Thabane said the extension will allow the government to prepare more and acquire specialised and protective equipment, according to AFP news agency.

Meanwhile a political crisis that has bedeviled the country continues to rage as of April 22. The Senate (Upper House of Parliament) is expected to hear a constitutional amendment passed by the national assembly to regulate powers of the embattled PM.

The amendment seeks to strip Prime Minister of powers to unilaterally dissolve parliament and call for elections when he loses a no confidence vote and also provides for an early retirement for Thabane.

The amendment brought by Popular Front for Democracy Leader Adv Lekhetho Rakuoane says: if the PM loses no confidence vote, he must resign. If that happens, the National Assembly elects a new PM failure for which the King appoints incumbent DPM as caretaker PM but up to 60 days.

Thabane’s headaches have been linked to the murder of his former wife back in 2017. Police insist that there is evidence that the current First Lady was responsible for the murder and that the PM was complicit.

A special envoy of the South African president deployed to mediate in the crisis announced this week that a dignified exit had been negotiated for the PM.

Lesotho has yet to record a case of COVID-19 as of April 13, one of two countries to escape the virus since it reached the continent. The other being the island nation of Comoros.

But the government in Maseru led by Prime Minister Tom Thabane has rolled out a series of economic intervention measures to cushion the country from the impact of the pandemic.

In an address on Monday, April 13; Thabane disclosed that a budget had been allocated for a Disaster Relief Fund with another Relief Fund for the private sector.

Like other African countries have announced in recent times, Lesotho has formally opened talks with the World Bank and the European Union for assistance in this regard.

The measures touch on the public and private sectors and also addresses Basotho students within the Southern Africa Development Community (SADC) and those outside the region. Banks have also been directed to revise some regulations whiles telecom companies are to lower interest rates.

On the health front, Minister Nkaku Kabi confirmed that government was engaging the South African Health department to arrange distribution of Anti-retrovirals, ARV’s and other medication for Basotho who are stranded due to lockdown next door.

Citizens in South Africa, the continents most impacted country, are advised to remain as best practice to limit spread of the virus. The government urged those who want to return to liaise with high commission and consulates.