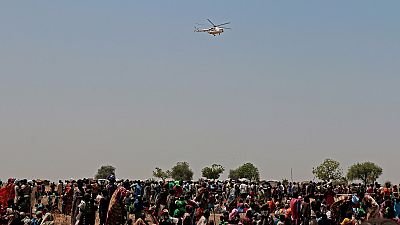 Over 40 million people across West Africa could face desperate food shortages in the coming months, twice as many as before the COVID-19 pandemic, the World Food Programme (WFP) said on Tuesday.

Speaking during a press conference from Geneva Switzerland, WFP spokesperson, Elisabeth Byrs said over 21 million people across West Africa will struggle to feed themselves between June and August in the absence of sustained assistance.

“WFP estimates that an additional 20 million people could struggle to feed themselves due to the socio-economic impact of COVID19 in the next six months, doubling the number of food-insecure to 43 million in this region.”

Announcing a scheme to monitor the populations at greater risk, she equally reiterated the need for WFP and partners to “sustain our assistance to this people across the region. Especially in places such as Central Sahel, Central African Republic, Nigeria and Cameroon.”

West and central Africa is one of largest displacement situations in Africa, according to the UN High Commission for Refugees, which also estimates that the region plays host to about 5.6 million internally displaced people, more than 1.3 million refugees and 1.6 million stateless.

In its 2020 Global Hotspots Report released on December 31, 2019, WFP projected that millions of people in Zimbabwe, South Sudan, Democratic Republic of Congo and the Central Sahel region will require life-saving food assistance in the coming months, “the sheer scale and complexity of which will stretch the UN food relief agency’s capacity to the limit and require generous donor support for a ramped-up humanitarian response.”

It estimates that more than $10 billion will be required to fully fund all its operations in more than 80 countries around the world in the coming year.