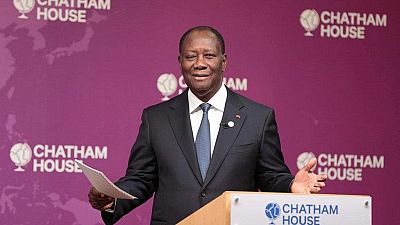 Ivory Coast withdrew from the African Human Rights and Peoples Court, a week after the tribunal ordered the West African nation to suspend an arrest warrant against presidential hopeful Guillaume Soro, who on Tuesday was sentenced to 20 years in jail.

The decision to pull out was taken at a weekly cabinet meeting, government spokesman Sidi Toure told reporters on Wednesday in the commercial capital, Abidjan.

“We respect our international commitments, but we also appreciate our sovereignty,” he said.

We respect our international commitments, but we also appreciate our sovereignty.

Soro, a former speaker of parliament and rebel leader, was sentenced in absentia by an Abidjan court after a one-day trial. He was convicted on charges of money laundering and embezzlement, ruling him out of presidential elections scheduled to take place in October.

In concrete terms, this “withdrawal” means that it will no longer be possible for NGOs and private individuals to refer directly to the Court in cases involving the government.

“Withdrawing the right of individuals and NGOs to submit complaints directly to the Court is a step backwards for human rights in Côte d’Ivoire,” said Amnesty International (AI).

For the Ivorian government, the Court has not fulfilled its role: “This decision (of withdrawal) follows the serious and intolerable actions that the African Court has allowed itself in its actions,” said spokesperson Sidi Tiemoko Touré, also Minister of Communication, in a statement.

The government therefore “decided on 28 April to withdraw the declaration of jurisdiction provided for in the protocol to the African Charter on Human and Peoples’ Rights issued on 19 June 2013,” he added.

The court’s recent decisions “not only undermine the sovereignty of the state of Côte d’Ivoire, the authority and functioning of justice, but are also likely to cause serious disruption to the legal order (…) and undermine the foundations of the rule of law by creating genuine legal insecurity.

This withdrawal comes at a time when the African Court, petitioned by supporters of former rebel leader Guillaume Soro, had ordered Côte d’Ivoire to suspend proceedings against him. A former prime minister and candidate for the 2020 presidential election, Mr. Soro was sentenced on Tuesday to 20 years in prison for “embezzlement of public funds”. He is also accused of “attempted insurrection”.

Foreign Minister Ally Coulibaly, who recalled that Côte d’Ivoire was not leaving the court, said the court had taken a “political decision” concerning Mr. Soro.

This decision “confers a certain criminal immunity on someone who wants to be a candidate in the next elections. This is unacceptable,” he said.

“We have well-functioning courts. Our justice is impartial. We cannot accept that our jurisdictions are weakened because of this adherence to this protocol of recognition of jurisdiction”, he continued.

“This withdrawal is also yet another frontal attack on the regional human rights system,” said Alice Banens, AI’s Africa Legal Adviser. She recalled that this decision “comes in a pre-electoral context where the Ivorian government has multiplied its attacks on political opponents and dissident voices”.