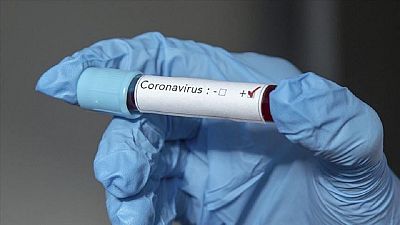 Guinea crossed the symbolic mark of 1,000 cases of the new coronavirus on Sunday, where the Covid-19 disease is progressing rapidly despite the introduction of a curfew and the compulsory wearing of masks, the health authorities said.

“We have registered 98 new cases for today alone (Sunday), which makes a total of 1,094 positive cases and unfortunately 7 deaths,” the spokesman for the National Health Security Agency (ANSS), the official body managing the epidemic, Sory Keïra, told AFP.

The information was confirmed on Twitter late in the evening by the ANSS, which said 225 people had been declared cured.

We have registered 98 new cases for today alone (Sunday), which makes a total of 1,094 positive cases and unfortunately 7 deaths.

Poor despite its significant natural resources, Guinea is one of several countries where the state of the health system is a cause of concern for many especially as the pandemic spreads.

Initially relatively unscathed, the former French colony in West Africa has experienced a rapid increase in the number of cases.

Several high-ranking officials have died since mid-April after contracting the disease, including the government secretary general, Sékou Kourouma, and the president of the electoral commission, Salif Kébé.

Guinea’s death toll exceeds that of neighbouring countries such as Senegal (671 cases, 8 deaths) and Mali (389 cases, 23 deaths), despite the introduction of a night curfew, the closure of schools, borders and places of worship, as well as restrictions on gatherings and the mandatory wearing of masks.

The wearing of masks, which has been in force for a week, has so far not been observed in the streets of Conakry, according to an AFP correspondent.

Guinea had already been severely tested by the haemorrhagic fever caused by the Ebola virus, which killed 2,500 people there between the end of 2013 and 2016.

The country is also in the grip of a long political and social crisis, fueled by President Alpha Condé‘s bid to run for a third term at the end of the year. Anti-Conde demonstrations have been harshly repressed by security forces as dozens of people have been killed since October.