Most people might be bored of the view from their windows, particularly those under lockdown to curb spread of COVID-19. But 37-year-old painter Frank Laws is turning isolation into art. And it turns out people want a copy.

“Originally, because I suddenly found myself out of work, so I had to keep myself busy. And a friend of mine suggested doing some commissions, I often paint tiny, little preliminary sketches for my larger scale works. So yeah, he suggested selling some of those or trying to get people interested. And in the past, I’ve painted views out of windows. So, I thought, why not put the word out to see if people send me photos of their isolation views and I’ll paint their views”, Laws said.

Laws says it has helped him deal with his own isolation, giving him a routine every day. His studio isn’t far from his east London flat, but he has not been traveling there.

I'm thinking about up to a hundred probably and then, yeah, propose an exhibition with it.

Laws says he originally began painting people’s window views back in 2009, when he was working on a project that focused on isolation in big cities.

“There’s a lot of tension outside with people, even like with distancing and stuff that. But there’s also like a bit more of a communal, you know, we’re all sort of going through this together really. And it’s like a moment of that time that we can all remember upon post whatever happens. Not that we know yet, but, you know, it’s like a collective thing that we’ve all gone through together”, the artist added.

The artist is now busy working on a commission from Glasgow. He’s also had requests from New York, Paris and Denmark. 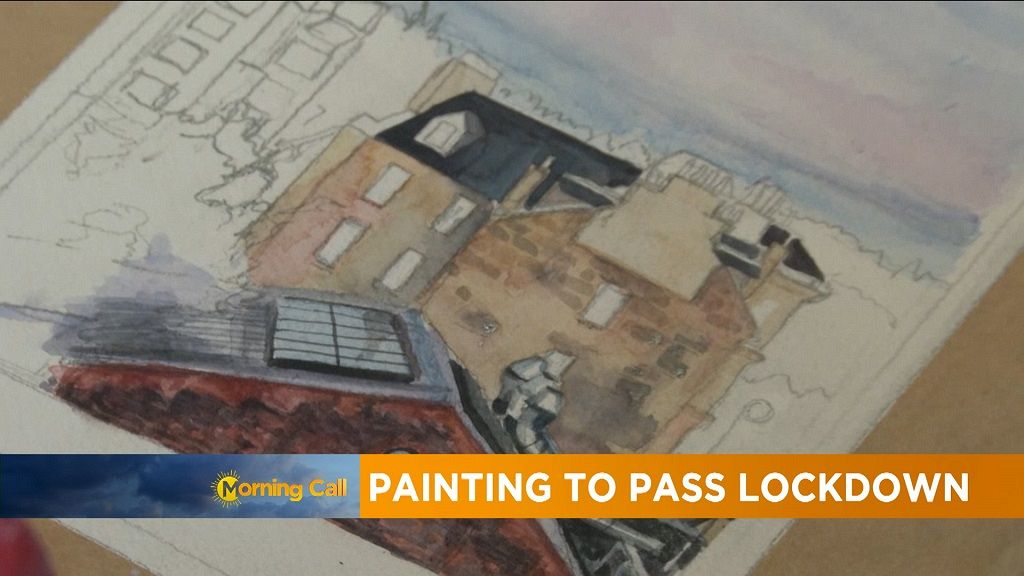 ‘‘I’m thinking about up to a hundred probably and then, yeah, propose an exhibition with it. Probably reproduce the images because the originals will be sent back to the people that bought them and try and get an exhibition and possibly make a little additional book out of it, a little publication”, Laws said.

Laws has been overwhelmed with requests since first announcing the project on photo-sharing site Instagram. He doesn’t plan on painting them all, they take around a day each from start to finish.

Now, he hopes to paint about 100 and eventually stage an exhibit. He will call it, “Isolation Views”.