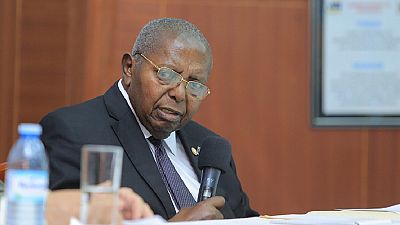 Misinformation has become one of the biggest threats to communication in the modern age. While the internet has arguably democratized the dissemination of information, this revolution has been hijacked by people who share unverified, false and malicious messages to millions of people on the internet.

The World Health Organisation has actually said that the ongoing Coronavirus pandemic that has claimed over 40,000 lives globally has been accompanied by an equally devastating infodemic of large amounts of unverified information.

To combat the rise of fake news, more and more news organisations are conducting dedicated fact-checks to debunk the myths, verify the claims and share the facts on several viral stories.

In this article, we will publish fact-checks made about different stories going viral in African countries.

On Tuesday night, stories circulated on Ugandan online platforms, claiming that the governor of the central bank, Emmanuel Tumusiime-Mutebile had passed away at a hospital in the capital Kampala.

The information was given a semblance of credibility because the governor had been admitted at Nakasero Hospital a few days ago, in addition to Sunday’s appointment of a substantive deputy governor by President Yoweri Museveni.

Several journalists were quick to flag the news as false, and eventually the central bank and Nakasero also dismissed the false alarm.

“Governor was unwell. His doctors attended to him and he is currently recovering very well,” Bank of Uganda’s Director of Communications Charity Mugumya said on Twitter.

The bank went on to explain that Mutebile had taken sick leave on Wednesday March 25, 2020 and would resume duty as soon as he recuperated. “Strongly disregard the false and malicious stories of his passing,” BOU’s Director of Research, Dr. Adam Mugume said.

71-year-old Muteblie has been at the helm of Bank of Uganda since 2001. On Sunday, Museveni appointed Dr Michael Atingi-Ego to the position of deputy governor, replacing Dr. Louis Kasekende whose contract expired in January this year.