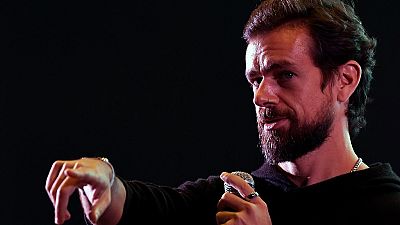 Twitter’s chief executive Jack Dorsey on Thursday said he is rethinking plans to spend as long as six months in Africa, partly due to concerns over the new-coronavirus epidemic.

The news came with Dorsey facing a challenge from an activist investor seeking to oust the social media executive, who is also CEO of the digital payments firm Square.

Dorsey unveiled his plan in November, saying in a tweet concluding a visit to several countries: “Africa will define the future… Not sure where yet, but I’ll be living here for 3-6 months mid 2020.”

On Thursday, a Dorsey statement tweeted from the Twitter Investor Relations account said the plans are in flux.

“I had been working on my plans where I’d work decentralized, as my team and I do when we travel, but in light of COVID-19 and everything else going on I need to reevaluate,” he said. “Either way we’ll continue to pursue opportunities in Africa.”

Dorsey, speaking at an investor conference sponsored by Morgan Stanley, said his announcement about his Africa plans last year was “a mistake” because he failed to explain his reasons for the move.

He maintained it was not a plan to “just hang out or take a sabbatical” but to help demonstrate the value of working remotely and to “figure out how to not be burdened by time zones.”

Still, he said he was re-evaluating the plans in light of the global health crisis.

“(Because of) everything happening in the world particularly with coronavirus I have to reconsider what’s going on and what that means for me and for our company,” he said.

More than 90,000 people have been infected and over 3,000 killed worldwide since the new coronavirus first emerged in China in December.

Cases have been confirmed across the continent African continent including in Cameroon, South Africa, Egypt, Morocco, Algeria and Tunisia, as well as Senegal and Nigeria.

The firm pushed for the change stating that Dorsey’s attention is divided between running Twitter and his financial transactions startup Square, and that Dorsey intends to live part of each year in Africa.

“I have enough flexibility in my schedule to focus on the most important things and I have a good sense of what is critical on both companies,” he said.

I had been working on my plans where I’d work decentralized, as my team and I do when we travel, but in light of COVID-19 and everything else going on I need to reevaluate. Either way we’ll continue to pursue opportunities in Africa.