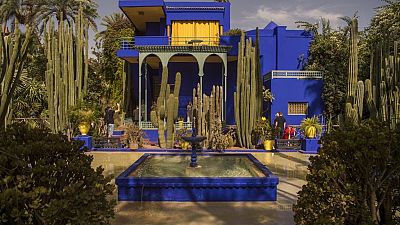 The Moroccan city of Marrakech has been named among the 25 most popular destinations in the world, according to the 2020 Traveler’s Choice Awards.

The ‘Red City of Marrakech which ranked 21st overall, was described as a ‘magical place brimming with markets, gardens, palaces and mosques’.

‘‘Exploring the intimate courtyards and snaking alleyways of the historic Medina can easily eat up a day,’‘ reads part of the description.

Morocco is the only African country that made it to the list that was topped by London, United Kingdom.

France’s capital Paris and the Greek city Crete complete the top 3 of the list, which is put together annually through all the reviews, ratings, and saves that travelers share on the popular travel site.

The Awards which also issue regional rankings, indicated Marrakech as the top destination on the African continent, followed by Zanzibar and another Moroccan city, Fes.

Africa’s top 10 are as follows;