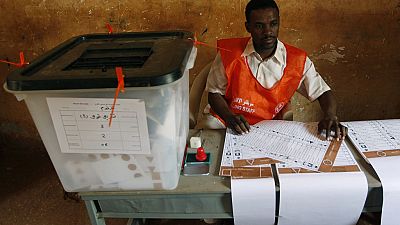 Presidential elections in Africa and indeed world over are often fiercely contested, with political parties executing several manoeuvres to outwit their opponents in the race for the highest office.

While the constitution usually spells out the requirements for one to contest a presidential election, the opposition argues that ruling governments use technicalities in electoral laws to sideline their opponents and boost their own chances of retaining power.

In Rwanda two female presidential candidates were barred from challenging president Paul Kagame in 2010 and 2017, while in the Democratic Republic of Congo (DRC), the two leading opposition contenders were forced to back a little-known lawmaker after electoral authorities disqualified them.

In this article, we take a look at some of the countries where presidential hopefuls have been barred from contesting the elections.

A leading opposition figure, Lionel Zinsou was on Tuesday barred from participating in any election over the next four years, after court found him guilty of overspending in his 2016 presidential election campaign.

Zinsou, who was also ordered to pay a fine of $8,200 would therefore not be able to challenge incumbent president Patrice Talon in next year’s election, unless he succesfully appeals the court’s verdict.

“Their aim is clear – they want to make Lionel Zinsou ineligible. Those in power want to push aside any credible potential candidate for the 2021 presidential election,’‘ Zinsou’s lawyer, Robert Dossou told Jeune Afrique.

Candidates are required to spend not more than 2.5 billion CFA Francs ($4.1m) during presidential campaigns.

In Ivory Coast, the presidential ambitions of former speaker of parliament Guillaume Soro are in doubt after the country’s prosecutor issued an arrest warrant against him in December last year.

Soro, who led rebels and installed the current president Alassane Ouattara in the presidency during the civil war that followed the 2010 election, has declared his intentions to contest in the October 2020 presidential elections.

The 47-year-old is self-exiled in France, after he was accused of breaching state security, receiving stolen public resources and money laundering.

Ex-Dakar mayor Khalifa Sall’s presidential bid for the 2019 elections was rejected because of a sentence hew as serving, having been convicted in 2015 for embezzling 1.8 billion CFA francs ($3.2 million) in public funds.

He was pardoned by president Macky Sall who won a second term in 2019, and has since hinted on taking part in the next presidential elections.

Karim Wade, the son of former President Abdoulaye Wade was also barred from contesting the 2019 elections, having also been convicted and sentenced to a six-year jail term.

In the race to succeed Joseph Kabila as president of the DRC, two leading opposition politicians were disqualified.

Moise Katumbi and Jean Pierre Bemba were both prevented by technicalities from contesting the presidential elections in 2018.

While Bemba’s candidature was invalidated on grounds that he was accused of witness tampering at the International Criminal Court, Katumbi was prevented from returning from exile to file his presidential nomination forms.

Both candidates later united to back Martin Fayulu of the Lamuka coalition.

In the build-up to the 2018 presidential elections, several aspirants dropped their bids, citing harassment and pressure from the state.

Colonel Ahmed Konsowa and Gen. Sami Anan were detained by the army after announcing their intentions to challenge president Abdel Fattah al-Sisi, and eventually withdrew their bids.

Eventually, a little-known politician, Mousa Mostafa Mousa was the sole candidate to contest against Sisi.

In 2017, electoral authorities barred Shima Rwigara, a critic of President Paul Kagame from challenging him in the elections.

The authorities claimed she had not submitted enough supporters’ signatures and some of the names she did send in belonged to dead people.

Rwigara was later slapped with charges of insurrection and forgery but was acquitted in December 2018.

Another presidential hopeful, Victoire Ingabire Umuhoza had been barred from contesting against Kagame in 2010, after government accused her of ‘genocide revisionism’. She was sentenced to 15 years in prison and pardoned by Kagame in 2018.