Dr. Zulekha helped lay the foundation stones for the UAE’s healthcare system back in the 1960s and conducting daily hospital rounds is her secret to energy and zest for life. 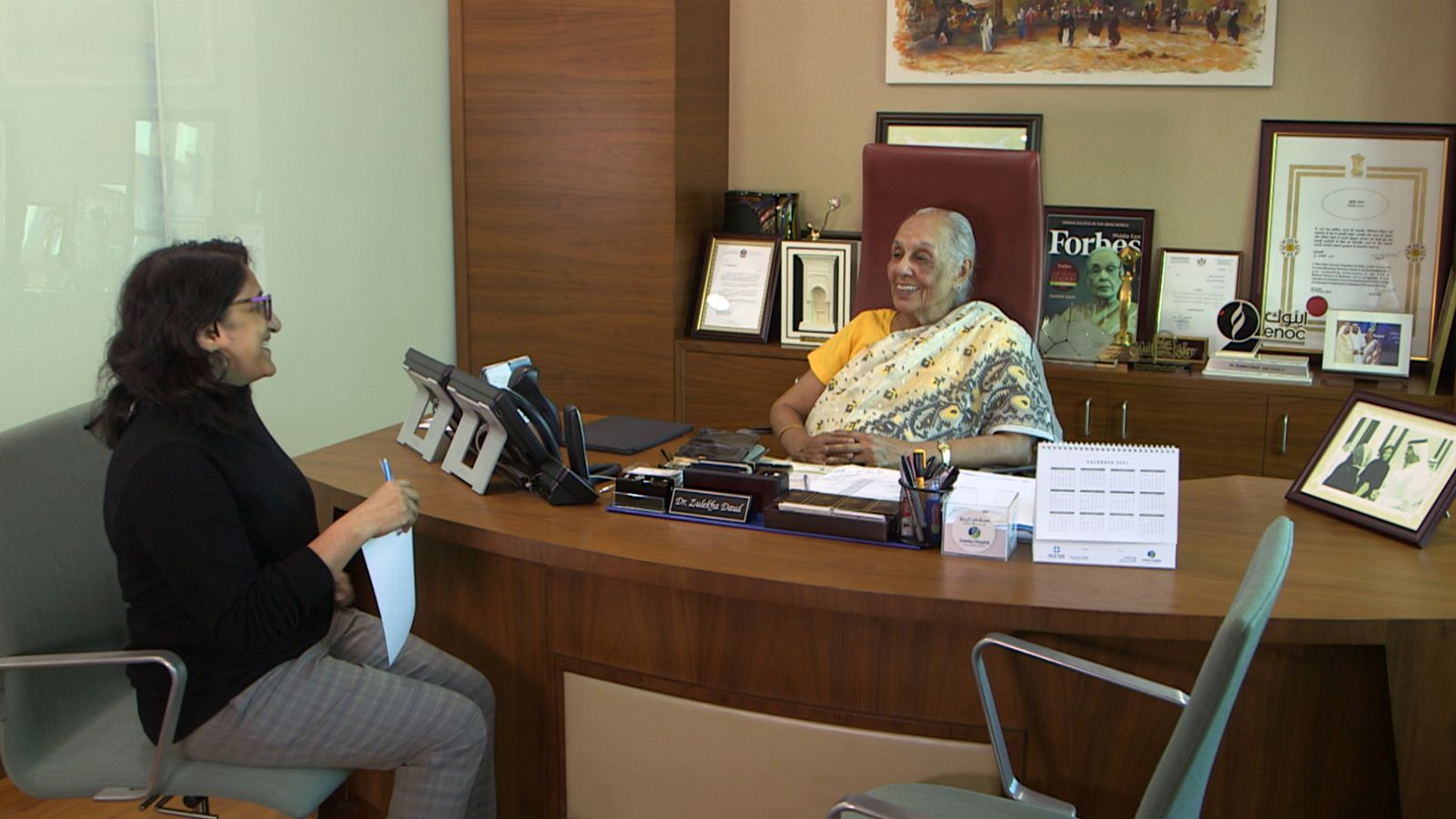 Dr. Zulekha in her office

Having trained in her native India, she worked alongside her doctor husband in Kuwait, before she was asked to become the UAE’s first Indian female doctor in 1964.

Leaving her husband behind to embark upon her career, Dr. Zulekha broke with convention of the time and took a leap of faith. She learned Arabic and made the Trucial States her home, a place back then, with little medical facilities or resources. 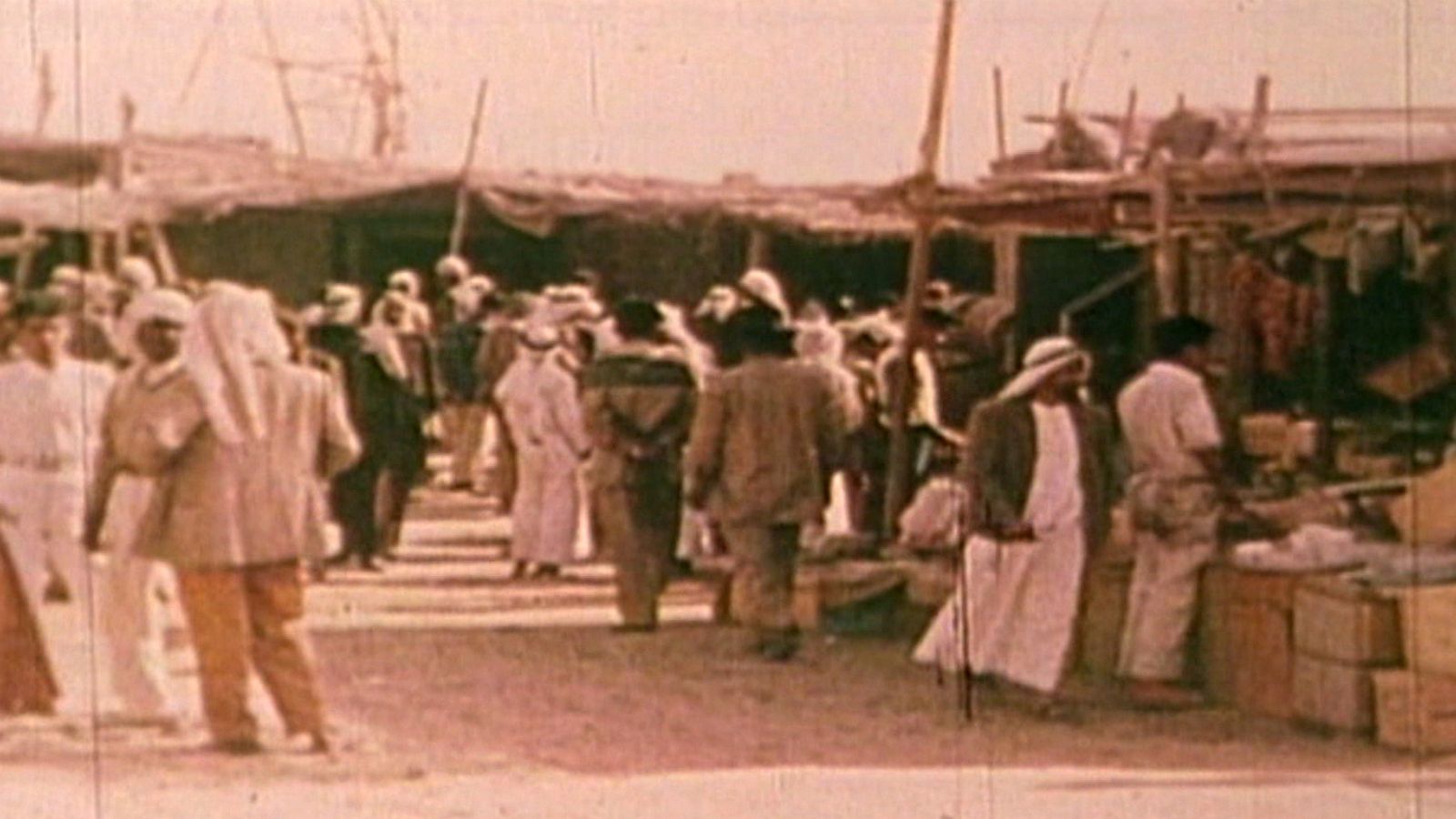 She was inundated with up to fifty Emirati walk-in patients a day, seeking her medical counsel. And in 1992, the first Zulekha Hospital was opened in Sharjah.

Today, with pharmacies, medical centres and additional hospitals in the emirates and India, the group is now a prodigious private healthcare group. 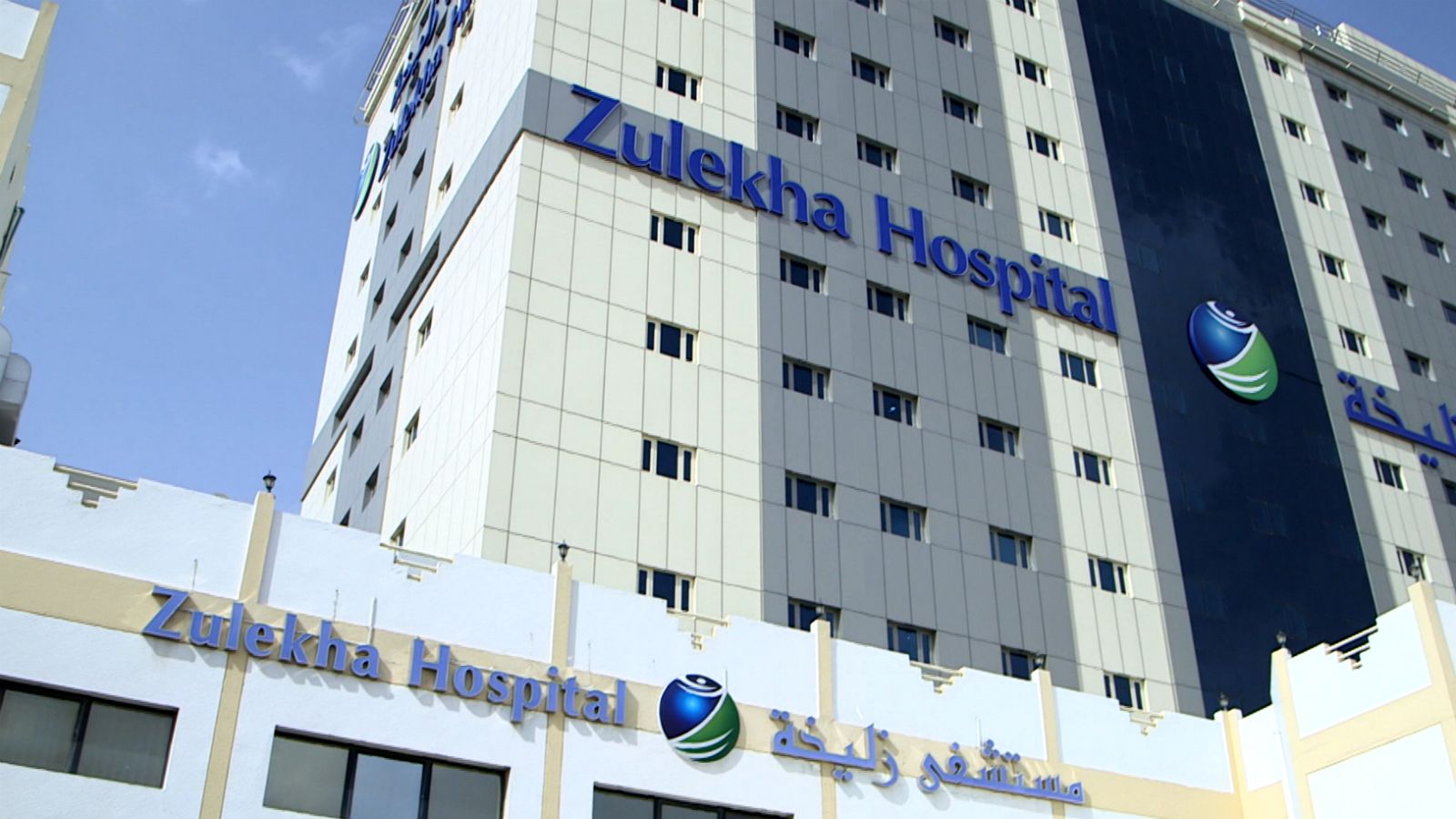 Dr. Zulekah is continually raising awareness of life-threatening conditions and this hasn’t gone unnoticed by the ruling families of Abu Dhabi and Dubai. They have honoured her commitment to the health and happiness of UAE residents with numerous accolades and awards. 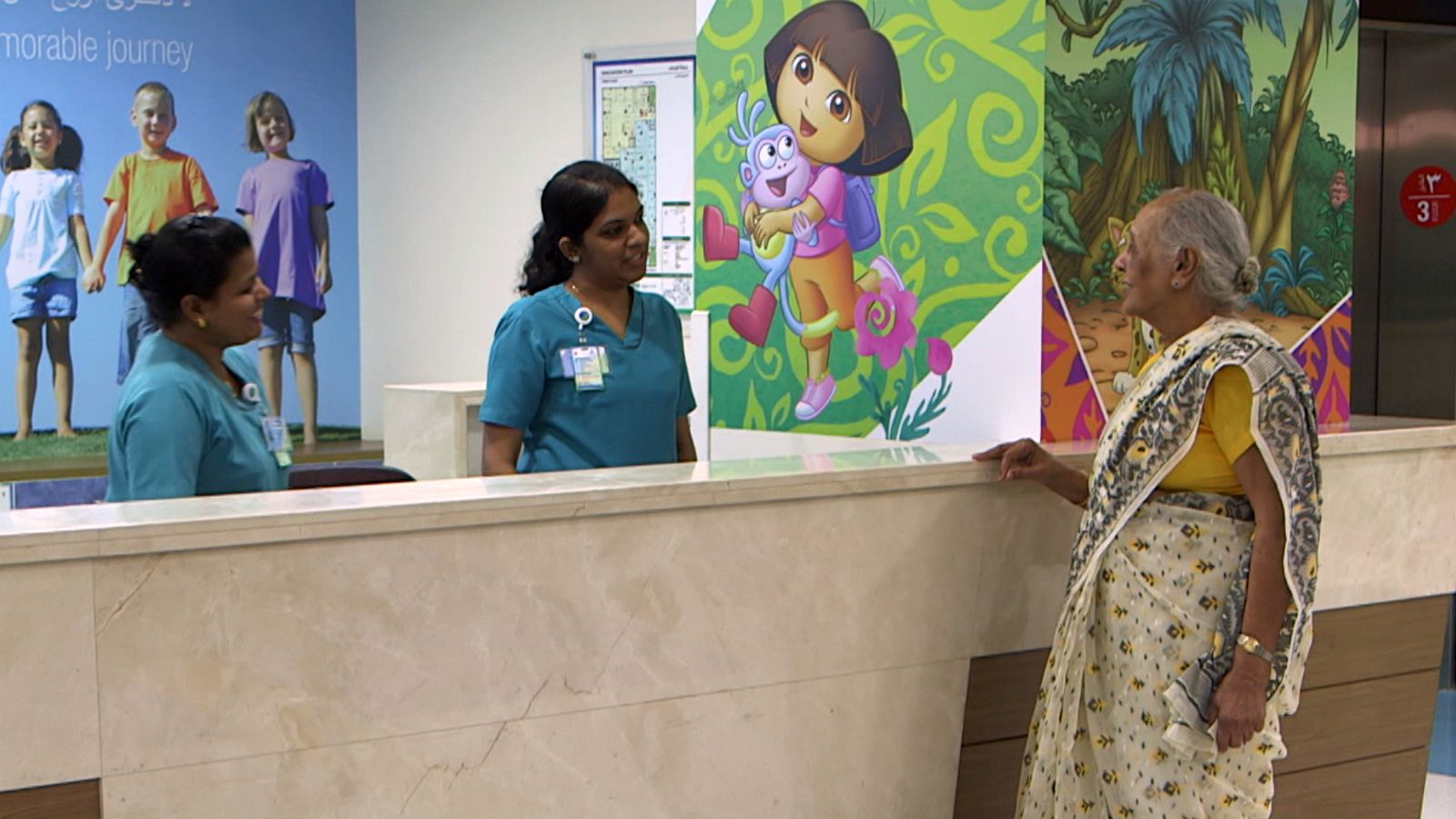 Dr. Zulekha at work in one of her medical centres

Rebecca: Up to fifty patients were coming to see you when you first arrived in the UAE, because you were the first female doctor here. You learned the language – which was a great skill and absolutely essential – but how did you cope with the lack of infrastructure in the Trucial States, as it was back then?

Dr. Zulekha: The medical facilities were very minimal, bare. X-ray was just (not) there and we were taught ‘signs and symptoms’. There was no pregnancy test and lab reports.

Rebecca: You estimate that you have delivered around 15,000 babies here in the UAE in your time. But of the ailments that you were treating, and the sickness in adults, what were the most common types of conditions back then?

Dr. Zulekha: When I arrived, there was a room full of patients. That made me stay here. I was fortunate that I knew Arabic, and I had to address fever, bleeding, coughs, colds and asthma. There were also very little facilities, very little medicine, by the way of now. Now, you would say, that things were very primitive. 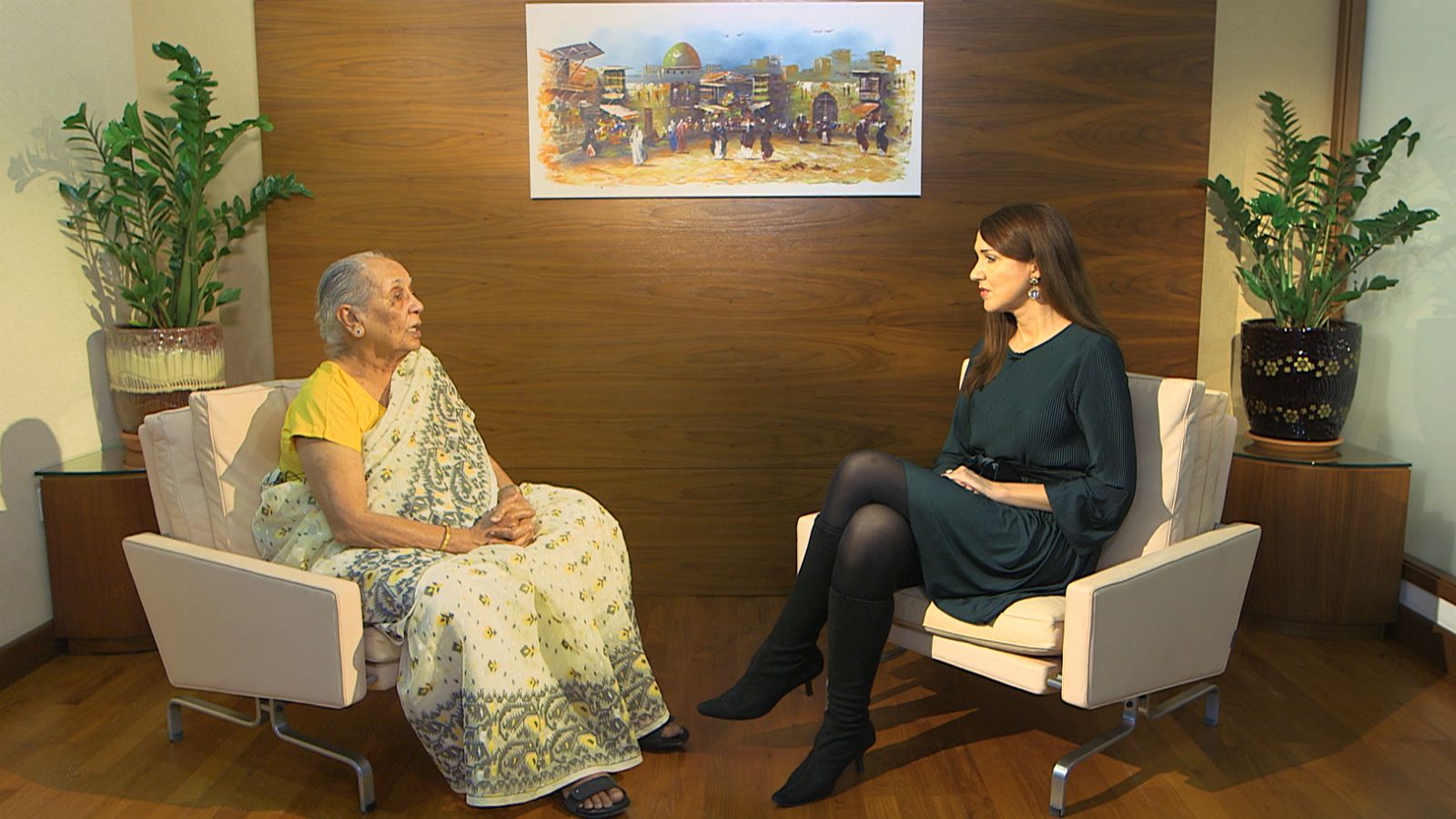 Rebecca: Your Emirati patients came to love you dearly and value you being here in the Emirates. They nicknamed you ‘Mama Zulekha’, and you started off with just 30 beds to treat them. In time, that expanded to a clinic and then hospitals – the first hospital in the UAE to be named after anybody, in fact. You now have hospitals in India as well. So, my question is, do you still have ambitions to expand further?

Dr. Zulekha: My ambitions are not in line with what I can do. Now, I have limitations of what I can do, but my children are very good, they are assisting me.

Rebecca: Looking at the UAE’s broader healthcare sector, you’re still very much a part of it today and much innovation, research and development is taking place. However, a lot of people still fly out of the region to the United States and to Europe, not least for cancer treatment, when do you foresee that changing?

Dr. Zulekha: I wanted to do that [to develop cancer care here in the UAE]. That is what I have done in India, because they had no cancer treatment in the state of Maharashtra.

And in the UAE, there was one hospital, in Al Ain, the Mafraq Hospital, for which they had to go, or they travelled to for cancer.

The diagnosis was little difficult in the beginning. You see, people did not come very early for cancer treatment and once they were at stage 3 and 4, it became a little difficult.

Rebecca: You’ve lived in the UAE for most of your life. So, is it fair to say this is where your heart beats? Where’s home for you?

Dr. Zulekha: In the UAE. I cannot go to India and stay.

I know the people here and the rulers they know me. They have confidence in me, because I have treated their three generations. They come to me for [baby] deliveries – the mother, the grandmother, all of them. They know me as a as a midwife and I want to continue this, the compassion.

Rebecca: Dr. Zulekha. It’s been great to meet you and fascinating to hear your stories. Thank you.  Dr. Zulekha: Thank you, and goodbye.

SEEN ON SOCIAL MEDIA: HEALTH ON THE SPOTLIGHT

UAE resident Florin celebrated his wife Sheryll having given birth to their son at a Zulekha Hospital.

And Syrian radiologist Dima shared this snap, saying that being positive is the best medicine.