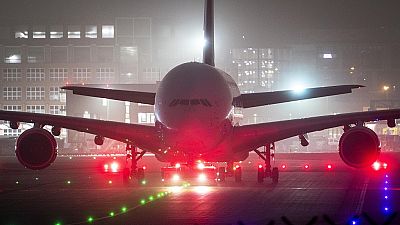 Ethiopian Airlines has restated its commitment to continuing all flights to and from China despite the outbreak of deadly coronavirus.

Ethiopian Group CEO, Tewolde Gebremariam told state-affiliated FBC that suspending flights along the route cannot be an immunity to combat the spread of the virus to Ethiopia or other parts of Africa.

“Ethiopian operates many international flights and suspending flights only to China won’t be an immunity to prevent the spread of the disease. The only solution is to make the necessary care for passengers and staff,” he is quoted to have said.

Stressing the importance of China to the airline, he also cited the World Health Organization directive that despite declaring the coronavirus an international public health emergency there was no need to halt travel to and from China.

“We respect the call by World Health Organization for countries not to close borders to travelers from China,” Tewolde added.

According to the CEO, China is one of the strongest and oldest markets for Ethiopians.
The current development comes on the back of a report last week that Ethiopian was joining African carriers in suspending flights. The Airline issued a statement contradicting the earlier information sent to customers.

In its statement last week, Ethiopian said it was undertaking strengthened measures against the virus at destinations where it serves and Bole international airport.

Meanwhile there continues to be a social media outcry over the airlines’ decision. A number of people opposed to the decision say the operator is putting profits before safety for a deadly disease. Others say given the right conditions, there should not be any worries.

One suspected case in Botswana was of a passenger that arrived aboard Ethiopian, the government confirmed last week. The particular case along with four others have since been declared negative by the government.