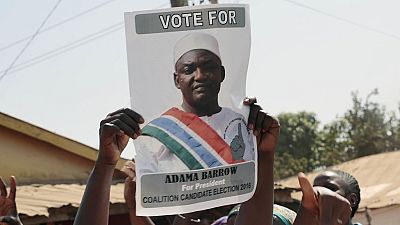 The Gambian polity has been heated since late 2019 thanks to a series of protests over the mandate of incumbent president Adama Barrow. The pro and anti-Barrow voices are sparring over the exact duration the president is entitled to.

The “Three-Years JOTNA” movement wants the president to make good his promise to serve a reduced term in a post-Jammeh transition. On the other hand, the “Five-Years JOTAGUL” group says Barrow must serve his full constitutional term.

Africanews as part of our News Analysis section traces the issue of a reduced term within the past and current dynamics of Gambia’s politics.

The government has since moved to ban the anti-government protest and a number of media houses in a crackdown over the weekend. In between these protests is the pro and anti-Jammeh marches also. International bodies, the regional ECOWAS and European Union has recently cautioned against undemocratic constitutional calls.

According to Jeffery Smith, director of pro-democracy outfit, Vanguard Africa, the Gambia three years after Jammeh remained in transition. He told Africanews: While The Gambia was not mired in social conflict in a traditional sense, nor was it afflicted by civil war, the country of today – three years into a profoundly complicated democratic transition – resembles that of a post-conflict society.

“It is a society collectively grappling, and still coming to terms, with their collective and individual traumas induced by Jammeh’s autocratic rule. In this way, the country very much remains in a tenuous transition.” 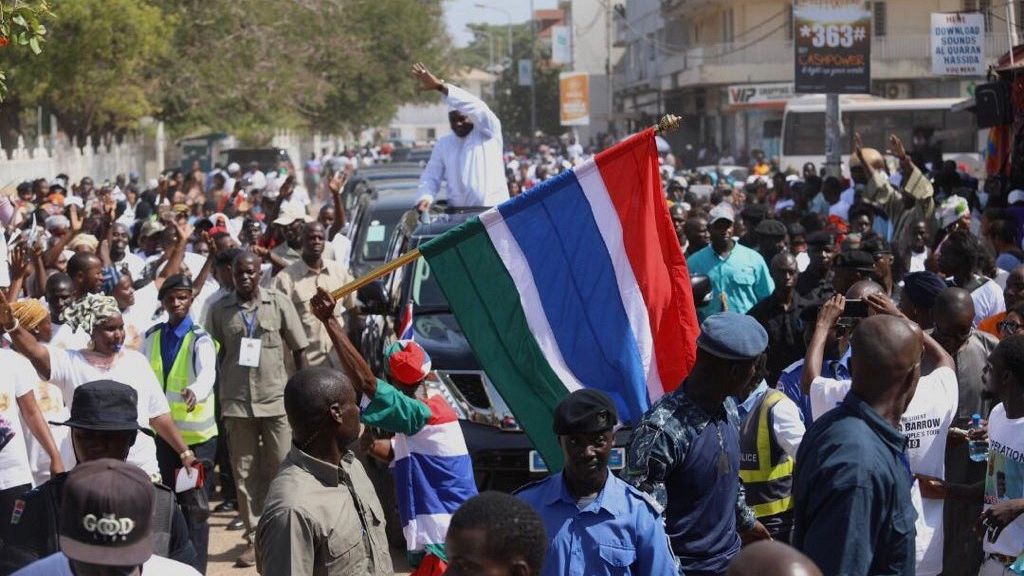 Going into the 2016 polls, Jammeh’s opposition came in two candidates, a breakaway member of the then ruling Alliance for Patriotic Reorientation and Construction, APRC, in the person of Mama Kandeh and an opposition coalition candidate, Adama Barrow.

The coalition, a group of seven main parties and civil society groups settled on Adama Barrow as candidate.

The main opposition chief at the time, Ousainou Darboe was in jail. A number of analysts and political watchers said the United Democratic Party, UDP, leader would have been the coalition candidate. Barrow was himself a member of the UDP at a point serving as treasurer.

In an interview Nichols Haque of Doha-based Al Jazeera in 2017, Barrow admitted to the opposition agreement and what it will take to achieve it. See video just below, relevant portion starts at 9:18 seconds spot.

“It’s eight parties that came together as a coalition and I am the head. There was an agreement that I will be transitional president for three years, then the parties will come back and we will get a level playing field then we will have an overhaul of the system.

“We will bring in democratic principles, have a very good foundation for the country, electoral reforms so that the field will be level for everybody. Then we go back to the polls to get a new president,” he told the journalist in Senegal, where he was sworn-in due to Jammeh’s refusal to quit.

Asked how soon will you go back to the polls, he responded: “This was the agreement, we have a job to do to get that in place, that must be completed before we go to the polls.” 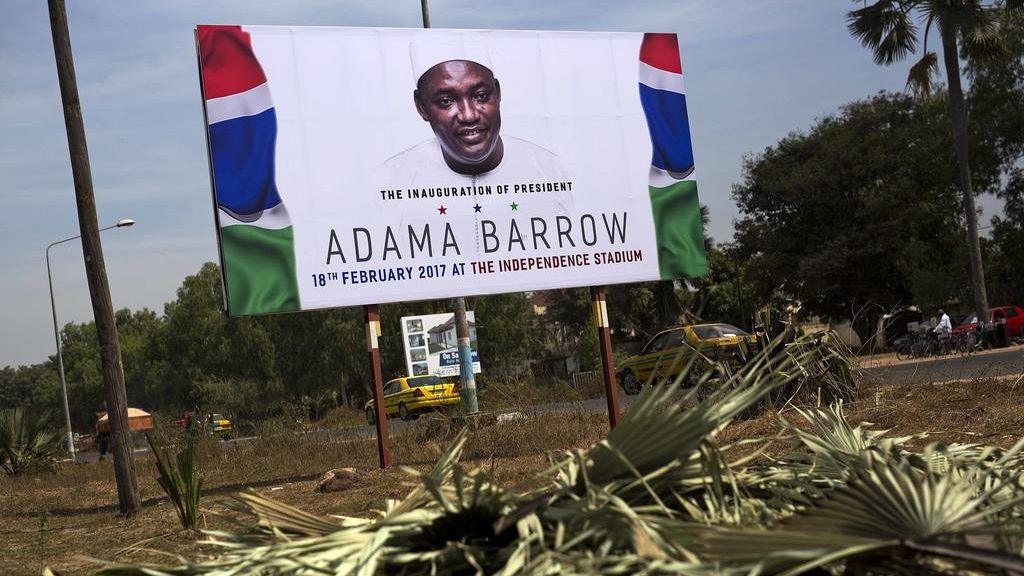 The coalition currently led by former vice-president Fatoumata Jallow Tambajang, has experienced some seismic events over the year. Two of the main instances being the opting out of some key players early on and the firing of Darboe as vice-president.

Whether or not Barrow was going to respect a coalition arrangement continues to be bandied around in the media especially as the three-year mark neared. In August 2019, Barrow settled the matter with a pronouncement.

“I have a five year mandate and I will complete it,” Barrow said to cheers whiles meeting with his council of elders.

“So we have discussed it extensively with our flag bearer and on the basis of the incompletion of the reforms agenda, we have decided, as a coalition, to extend his social legitimacy from three years to five years,” Tambajang told the press in September 2019 after a meeting of what is left of the coalition.

‘‘On the basis of the incompletion of the reforms agenda, we, as a coalition, have decided to extend his social legitimacy from (3) yrs to (5) years pic.twitter.com/McOExxJcZo 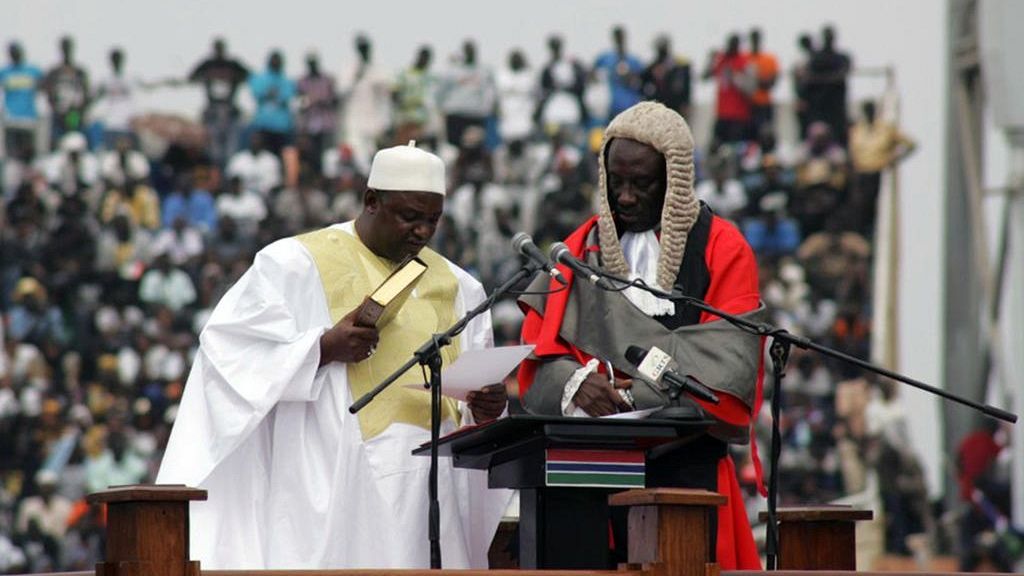 In the midst of the political back and forth, The Gambia is gearing up for a new constitution as part of reform efforts. The Constitutional Review Commission of Gambia, in November 2019 released a draft copy of the document.

CRC Gambia Chairperson Justice Cherno Jallow emphasized that it had from the onset (preamble) clarified The Gambia as a multi-party democratic state founded on the rule of law. The CRC was established by an Act of the National Assembly in June, 2018.

The Commission reviewed and analyzed the current Constitution and therefrom drafted the new one which will need parliamentary approval, a referendum vote and presidential assent to become legally operational.

For purposes of this write up, some key presidential election pointers in the document are: The term limit for a president is two five-year terms. A president can thus serve for a decade in office.

The legislature (National Assembly) – is barred from amending the law to allow extension of the mandate of a president. The number of Cabinet Ministers a President can appoint is capped at fifteen, excluding the Attorney General and Minister of Justice.

When passed, it could mean that Barrow will be eligible to contest in at least two more polls starting 2021. These laws usually do not take retrospective effect. Of note is that, Barrow has quit the UDP and formed his own party.

The president early this year formally registered the National People’s Party, with the Independent Electoral Commission, making him the leader and secretary of the party. 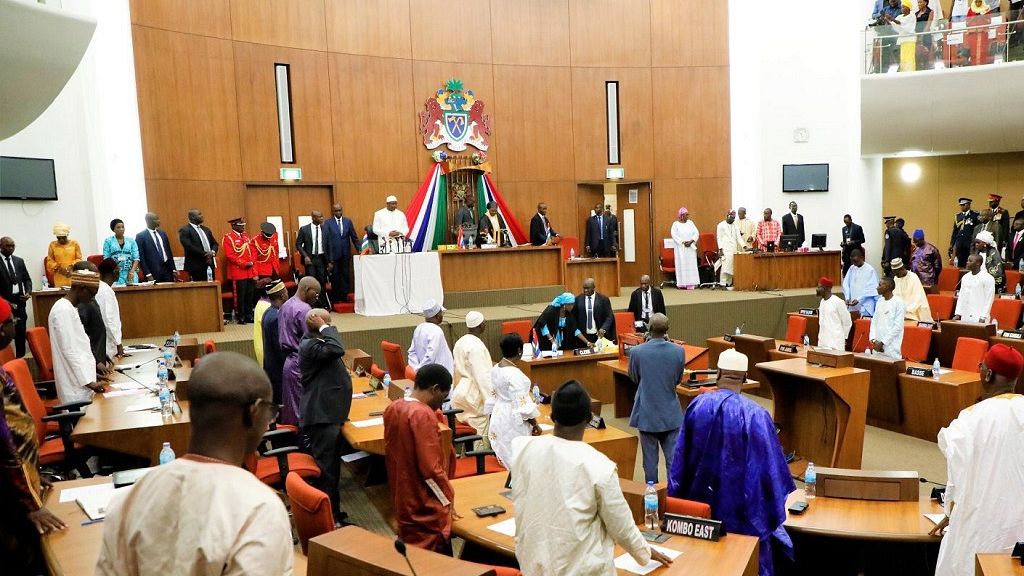 When Gambian voters approached the 2016 elections, many saw it as a forgone conclusion for the then incumbent Yahya Jammeh who was seeking a fifth straight five-year term under a consitution that did not have term limits.

Jammeh came into the limelight as a 29-year-old lieutenant who led a bloodless coup that deposed first president Sir Dawda Kairaba Jawara. He left office a 51-year-old “democrat” known more for his autocratic ways at a point promising to rule for a billion years.

Eventually the coalition recorded a shock victory barely 24-hours after the December 1, 2016 polls. Gambians celebrated the result and the world joined in celebrating when Jammeh openly accepted defeat and promised to handover as required by law. 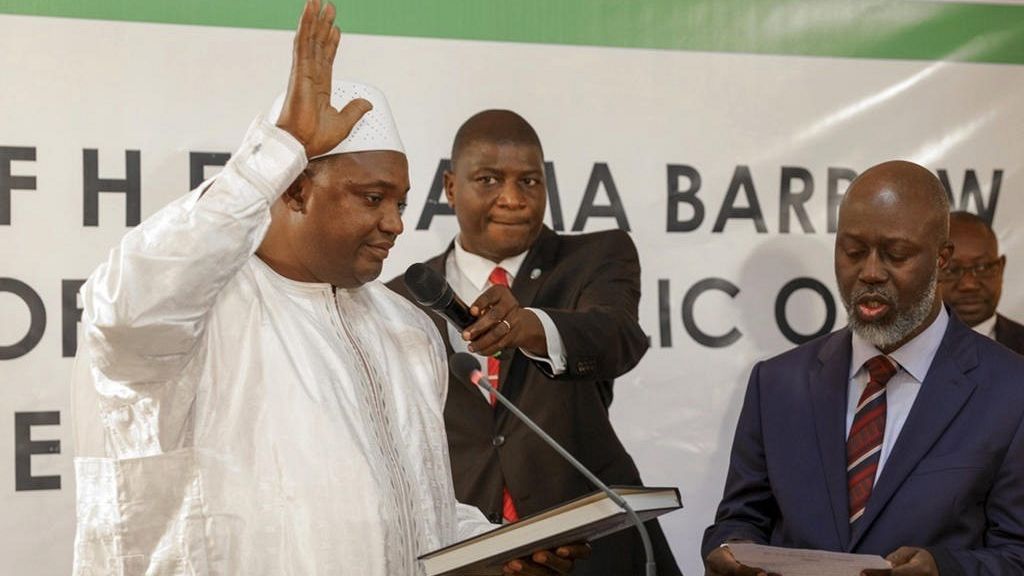 Jammeh changed his mind unilaterally over the “lauded concession” citing discrepancy in the official results. The elections body admitted a fault in tabulation but noted that the final results were not affected despite the anomaly.

Jammeh and the ruling APRC capitalized on that to demand new polls but Gambians, the regional bloc ECOWAS and international actors refused to accept the new posture. After intense back and forth, threat of military force forced Jammeh into exile, destination Equatorial Guinea.

Years on, Jammeh’s mother died and was duly returned to The Gambia for burial. In the mean time, two government commissions – for reconciliation and reparation and for financial accountability of the Jammeh years – have been uncovering shocking details.

The news that Jammeh is planning a return has come up twice over the last few years. In 2018, a purported audio was circulated and said to be of Jammeh pledging a return to the country. The most recent was yet another audio released by an APRC official.

The official government response has been that Jammeh risks arrest and trial over some of the abuses
and excesses that happened under his tenure. 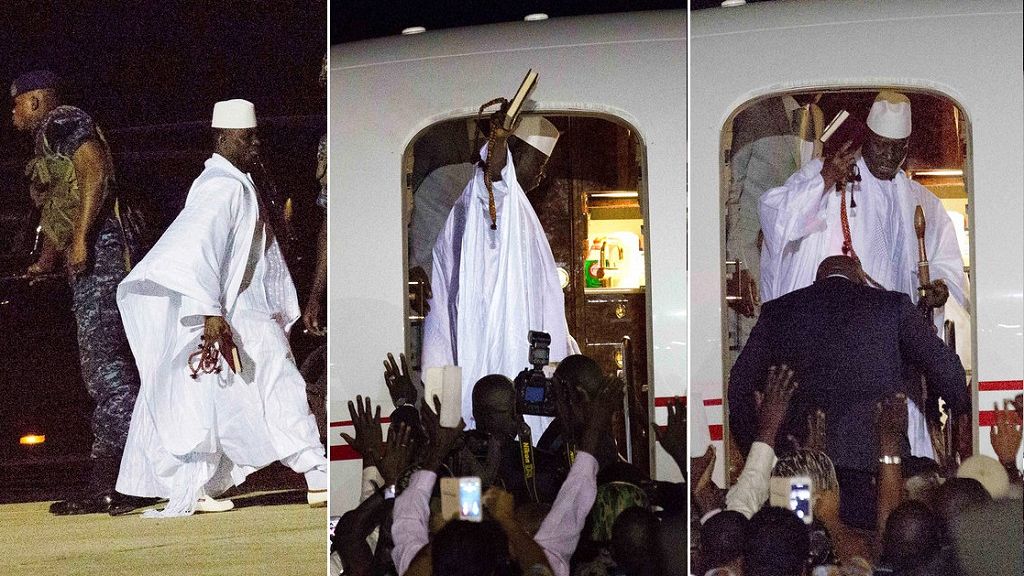