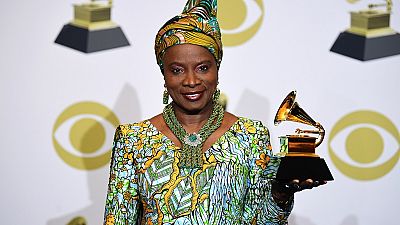 Beninese music star Angelique Kidjo on Sunday dedicated her fourth Grammy award to Nigeria’s Burna Boy hailing him as one of the new African artists that are taking the world stage by storm.

Kidjo’s Celia album won the Best World Music Album category, ahead of Burna Boy’s African Giant. Fanm D’ayiti and What Heat were the other nominated albums.

‘‘Four years ago on this stage, I was telling you that the new generation of artists coming from Africa gonna take you by storm. And the time has come, this is for Burna Boy,’‘ Kidjo said in her acceptance speech.

‘‘Burna Boy is among those young artists that come from Africa that is changing the way our continent is perceived and the way that African music is the bedrock of all music.’‘

“This is for Burna Boy”

Eritrean-American rapper Nipsey Hussle was honored among the stars who passed on in the last 12 months.

Meek Mill, Roddy Ricch, DJ Khaled, John Legend, YG, and Kirk Franklin paid a special tribute for the rapper who was shot dead last year in March and performed some of his songs.

His girlfriend Lauren London accepted his first Grammys wno at this year’s ceremony, including Best Rap Performance for ‘Racks in the Middle’ and ‘Higher’, a collaboration with DJ Khaled and John Legend which was named Best Rap/Sung Performance.

Teenage sensation Billie Eilish was the big winner of the night with five awards, while Lizzo, the top nomination getter, won three prizes.

READ MORE: All the 2020 Grammys winners 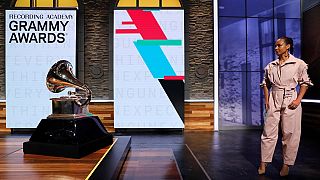 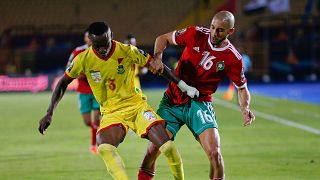