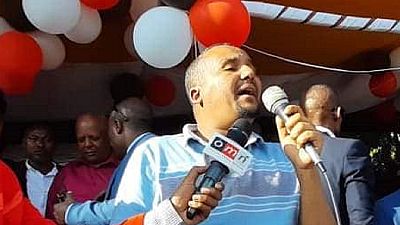 Jawar Mohammed, an influential political activist turned politician is among many Ethiopians reacting to the announcement of a date for elections slated for this year.

According to him, many people have long suspected that the ruling party is by the August date seeking to leverage on incumbency to “lock out” opposition parties especially from reaching rural areas.

A major concern of the August 16 date though provisional has been that Ethiopia’s rainy season falls in the month. But the National Elections Board of Ethiopia, NEBE, downplayed the concern saying it was going to liaise with federal and regional governments to deploy logistics.

In one post he described the choice of August as crazy given that it was the “rainiest month,” after stating the logistical nightmare that looms, he added: “August is a No Go for election.”

One of Jawar’s post read: “By the way many suspect planning to hold the election in August is meant to favor the ruling party that controls state’s transportation resources and hinder poorly resourced opposition from accessing rural areas.

“And ironically as early as 6 months ago, ruling party leaders were saying election will be held in August. Coincidence?”

Jawar joined the Oromo Federalist Congress, OFC, led by veteran politician Merera Gudina. The OFC has joined a bloc of other opposition parties in the Oromia Regional State. The state is Ethiopia’s largest and most populous.

Jawar’s claims of a security breach last year birthed widespread protests across the region with young people denouncing Abiy and pledging support for Jawar. Jawar announced a political future and toured the diaspora before returning to OFC.

The ruling party in the country is technically the Prosperity Party, formed this year by all major and affiliate members of the defunct Ethiopia Peoples Revolutionary Democratic Front, EPRDF, coalition that won the last elections in 2015.

Only the Tigray Peoples Liberation Front, TPLF, refused to join the Prosperity Party, PP, citing procedural and legal mishaps in the merger. It has since announced a formal breakaway and said it will contest with like-minded parties in 2020.

How this can be Bro August is the rain season it is difficult to distribute election material to Rural areas and hard to collect election results !! Are the NEBE staffs are non Ethiopians that does not know Ethiopia ! Shame !! Jawar_Mohammed PMEthiopia

NEBE proposed election day to be held August 16. There will be discussion and final decision will be made by NEBE after the discussion inputs. #Ethiopia #elections2020

The National Electoral Board of Ethiopia has proposed elections to be held on 16th August 2020. The board has released a draft schedule that also proposes voter registration to take place for a month between April 7th and May 7th.

So NEBEthiopia suggests 16 August as date for #Ethiopia #election. Can someone explain why they want to conducted the biggest logisticsl operation in the country during the peak of the rainy season..?

The National Electoral Board of Ethiopia (NEBE) announced today that #Ethiopia’s forthcoming general elections are scheduled to be held on August 16, 2020.

Election were held previously in May, which were three months earlier than this one. pic.twitter.com/7THy98uK6e