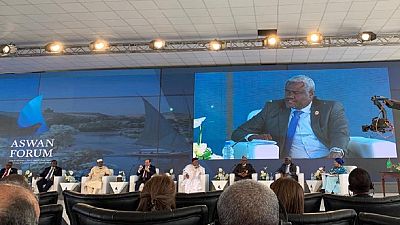 Speaking at the Aswan Summit taking place in Egypt, the former Chadian Foreign Minister specifically mentioned the Sahel region and the Lake Chad Basin as two cases worthy of solidarity. He described the situation in both regions as “not normal.”

“It is not normal that while the Sahel and the Lake Chad Basin are burning, the rest of the continent is not showing greater solidarity towards these countries confronted with terrorism.”

The Sahel regions expands across five countries dogged by terrorist activities by extremists who continue to carry out attacks across the vast desert region bordering the Sahara desert.

Military interventions under the G5 Sahel group has failed to stem the course of violence over the years. The 5 nations involved are Chad, Burkina Faso, Niger, Mauritania and Mali.

The G5 force along with a French military mission have failed to stem the violence. The African Union and United Nations have repeatedly warned that the terrorists are gaining a foothold in the Sahel and called for global action to combat the scourge.

The ever shrinking Lake Chad Basin

In February 2018, a $6.5-million research and conservation programme to save the Lake Chad Basin was launched in the Nigerian capital Abuja.

The participating countries were Cameroon, Chad, Niger and Nigeria, whose borders meet on the lake, as well as the Central African Republic. Lake Chad is the principal source of freshwater for 40 million people.

But climate change and water mismanagement have contributed to a staggering 90 per cent decline of the lake’s surface over the past 40 years.

As it dries up and hunger rises, the region has become fragile and Boko Haram insurgents have targeted subsistence farmers and fishermen to fill their ranks.

Troops from Cameroon, Chad, Niger and Nigeria are fighting a battle against Boko Haram jihadists in the remote region. The ongoing Islamist insurgency has forced tens of thousands of people to cross borders in search of food and safety.

The UN estimates that more than two million people have been uprooted from their homes and 10.7 million are in need of food handouts to survive.