Kipchoge, 35, beat four other contestants to retain the award during the World Athletics gala in Monaco on Saturday night.

Kipchoge retained the award thanks to his barrier-busting marathon in Vienna in October.

The Kenyan Olympic champion clocked one hour, 59 minutes and 40 seconds over the 42.2km distance, though the record is unofficial because he used rotating pacemakers.

“I’m happy to be the first human being to run under two hours,” said Kipchoge, who also holds the official world record of 2:01:39. 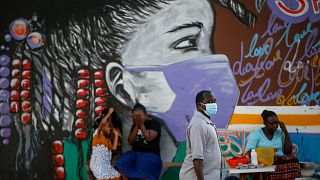