A tornado has hit South Africa’s coastal province of KwaZulu Natal leaving in its wake two deaths and the destruction of homes in the eMpolweni area of New Hanover.

Reports suggest that the tornado hit the area on Tuesday and by Wednesday morning had reduced some homes to rubble, thrown off roofs of many others and left hundreds homeless.

The privately-owned News24 outlet reported two deaths. One of a young man who died after the roof of their house collapsed and the other a 45-year-old woman killed after a tree fell on her.

JUST IN: Two people have died as a result of the #KZNTornado, Cogta have confirmed – numerous others including children have been injured according to spokesperson Lennox Mabaso. Some children have even lost limbs, he said. News24 (kaveels)

Whiles some of the affected buildings were made of mud, others were made of bricks. A number of affected residents have already gone back to rebuilding the damaged structures.

The provincial leadership led by Premier Sihle Zikalala have since visited the area and assessed the damage caused, meeting with affected individuals and communities. The delegation have announced assistance after the severe storms.

“Preliminary reports received by the department indicate that a number of people who sustained injuries in the incident are receiving medical attention from surrounding hospitals.

“A number of homes have collapsed, countless trees have been uprooted and the electricity supply in the area has been interrupted. Our teams are working hard to provide support to the affected communities,” a government statement read in part.

The MEC has urged residents to be vigilant as the risk of heavy rains and severe thunderstorms continue to pose a serious danger to the province.

The South African Weather Service (SAWS) issued a warning of significant rainfall that could result in damaging impacts for some areas, especially in KwaZulu-Natal, as well as the extreme eastern parts of Mpumalanga and Limpopo.

High rainfall totals have already been recorded across KwaZulu-Natal, resulting in the ground being saturated.

Further showers are expected on Wednesday, however, accumulated rainfall amounts for Thursday and Friday could exceed 100-150 mm in areas in the province.

“Over the central and eastern parts of KwaZulu-Natal, this heavy rain is expected to lead to flooding of roads and settlements both formal and informal, which may result in some communities being displaced and inaccessible.

“There is an extreme danger to life due to fast flowing rivers,” the weather service said.

SAWS said there is also a possibility of mudslides/landslides and soil erosion especially along highly elevated areas which might lead to further disruption to traffic flow. 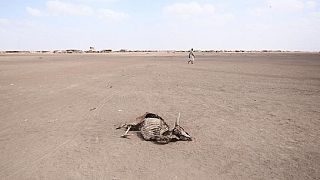 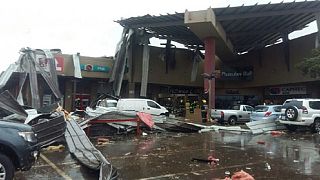 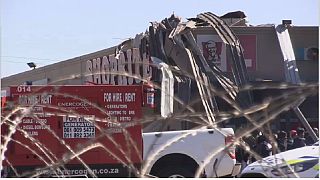