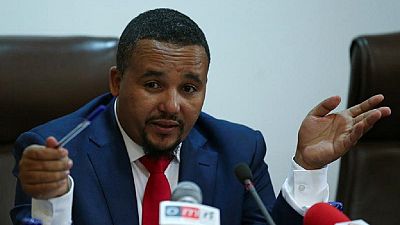 Jawar Mohammed, an influential activist in Ethiopia has taken a swipe at the country’s human rights chief and sent a word of caution to the president to prove her impartiality.

In Facebook posts published on Saturday (November 2), Jawar accused Daniel Bekele of impartiality, referencing a tweet by the head of the Ethiopia Human Rights Commission, EHRC.

Bekele’s post was in reference to a news publication in which he explained how Ethiopia’s federal arrangement continually exposed citizens to rights abuses. It has elicited harsh responses on Twitter.

In the case of Jawar’s message to President Sahle-Work Zewde, he wrote a letter which he wrote with reference to late October response by the president to the violent cases of violence in Oromia regional state.

A translation of the president’s two-part tweet of October 30 read: “1/2 When race and religion are used for political purposes, when our innocent citizens are brutally murdered, displaced and wandering, words shorten to express their sadness: Their mourning is the grief of many.

“2/2 A red line that we must flag and honor for the benefit of the nation and the people is violated.”

In what seemed a belated but direct response on the part of Jawar, he listed a number of “red lines” that had been crossed in the past before incidents in Oromia.

Whiles agreeing that the incidents were condemnable, Jawar called on the president to maintain the impartiality that her office is expected of. He also asked that the president should call for independent investigations into the episode.

Thank you for speaking up about this latest tragedy and for stating that a red line was crossed. I agree.

In fact, I believe the red line was crossed multiple times since you came to your office. How come you did not see it when armed militia in Amhara regional state massacred more than 250 minority Gumuz women, men and children just a few months ago? A red line is still being crossed in central Gonder against minority Qimant women, men and children as we speak. Where did this red line go when we have been reporting about both day and night? Does it only exist in Oromia? And should I add what’s happening in the Omo valley?

As head of state, who is occupying an office which is apolitical. The people of Ethiopia hold you at higher standards and expect you to be impartial and non-partisan. What took place in recent days is abhorrent and must be condemned in the strongest terms possible, but it certainly isn’t right for you to engage in selective empathy/selective outrage for political ends.

To that end, myself and I believe millions of Ethiopians expect you and your nonpartisan office to call for independent investigation into all these violence under your presidency where the red line has been crossed time and again. It is long overdue we learnt the hard truth about ourselves.

Further more, it could be helpful for the office of the presidency, as a nonpartisan entity, to organize a national convention to seek lasting solutions for the multitude of crisis we are facing today.