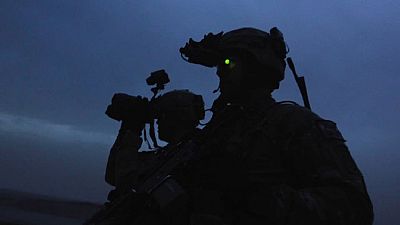 The Islamic State jihadist group, which has claimed several terrorist attacks in different African countries on Thursday confirmed the death of its leader Abu Bakr al-Baghdadi and named his replacement as Abu Ibrahim al-Hashimi al-Quraishi.

“We mourn you… commander of the faithful,” said Abu Hamza al-Quraishi, presented as the jihadist group’s new spokesman, in an audio statement.

Baghdadi, who led IS since 2014 and was the world’s most wanted man, was killed in a US special forces raid in Syria’s northwestern province of Idlib on Sunday.

The group also confirmed the killing in another raid the following day of the group’s previous spokesman Abu Hassan al-Muhajir.

“The Islamic State shura council convened immediately after confirming the martyrdom of Sheikh Abu Bakr al-Baghdadi, and the elders of the holy warriors agreed” on a replacement, said the seven-minute message.

Little is known about Hashimi, whose name was seldom mentioned as a possible successor the multiple times that Baghdadi was reported killed in recent years.

“We don’t know much about him except that he is the leading judge of IS and he heads the Sharia (Islamic law) committee,” said Hisham al-Hashemi, an Iraqi expert on IS.

The IS spokesman also issued a stark warning to the United States, whose President Donald Trump announced Baghdadi’s death in a televised address from the White House.

In the new audio message, the new IS spokesman described Trump as “a crazy old man” and warned the US that the group’s supporters would avenge Baghdadi’s death.

“Do not rejoice America,” he warned, “the new chosen one will make you forget the horror you have beholden… and make the achievements of the Baghdadi days taste sweet”.

IS has a very horizontal structure, analysts say, and the impact of a decapitation strike may be more symbolic than operational, leaving the group’s global jihadist brand and efficiency as an insurgency largely intact.

It has links with several terrorist movements in African countries including Nigeria, Mali, Libya, Burkina Faso among others.

Experts however say the jihadist movements like the IS-affiliated group, Islamic State West Africa Province (Iswap) enjoy operational autonomy and only have financial and ideological support from IS, and this could mean changes in the latter’s leadership will have minimal effect in Africa.

READ MORE: What does the death of Abu al-Baghdadi mean for Africa?