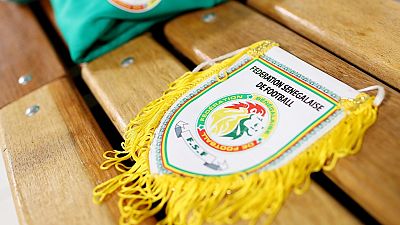 Four African teams are participating in the 2019 FIFA Under-17 World Cup currently ongoing in Brazil. They are Nigeria, Cameroon, Senegal, Angola – the last two being debutants.

The tournament, the 18th edition, is taking place between October 26 and November 17 across four venues in three host cities – Gama, Goiania and Cariacica.

There are 24 teams across six continental federations. Brazil was giving hosting rights after Peru was stripped off the rights due to lack of preparations.

It is the first time Brazil is hosting the contest at this level having previously hosted the main World Cup twice. Africanews will continually update progress on performance of African sides.

Senegal booked their place in the knockout rounds, from Group D,after securing their second straight win in the maiden appearance.

They beat the Netherlands 3 – 1 to qualify along with France who have also won their first two games qualifying from Group C.

It will be the turn of Cameroon as they face Argentina in a “do or die” affair. They will have to record a good result if they are to progress. They lost on opening day to Tajikistan.

? France & Senegal have punched their tickets to the #U17WC knockout phase ? pic.twitter.com/L7Ott1U15T

Nigeria’s Flying Eaglets and their Angolan counterparts secured qualification for the knockout rounds of the tournament. Both teams secured their second straight wins in games played on Tuesday.

Nigeria beat Ecuador by three goals to two whiles Angola saw off Canada by a two – one score. Nigeria’s victory was more significant for one player, Ibrahim Said, who bagged a hattrick.

Senegal will be hoping to build on their opening 4 – 1 win over the United States whiles Cameroon will look to secure a first victory after losing to Tajikistan in their opener.

Senegal will be facing Netherlands today (October 30) whiles Cameroon square off with Argentina on Thursday (October 31).

Cameroon’s young lions lost their opening fixture at the tournament after they succumbed to a lone goal defeat against Tajikistan in the early hours of Tuesday (local time).

The loss is also the first for the African contingent in Brazil. Team Africa won their first three games with 10 goals for and three against.

Nigeria’s Golden Eaglets were the first African side who took on Hungary in opening day fixture. Hungry as Hungary was and taking a 2 – 1 lead at half time, the Eaglets scored thrice in the second half to end the game 4 – 2.

The country’s social media space erupted with celebrations after the feat with President Buhari and Sports Minister, Sunday Dare, leading the congratulations.

I have followed the journey leading to their arrival in Brazil; have noted the determination and confidence throughout their preparations. This is the true, resilient Nigerian spirit at work. I will personally be monitoring their progress in the competition. #SoarGoldenEaglets

Angola also prevailed over New Zealand in their first game posting a 2 – 1 victory. It however took an own goal by the New Zealand side to secure the three points.

Senegal on Match day 2 succumbed to an early goal from the opponents, the United States; they rallied back to hit four past the Americans to secure a 4 – 1 victory.

The last African side, Cameroon, begins their campaign on Monday (October 28) with a clash against Tajikistan.

??? Will Solomon Islands make it a hat-trick of wins for U-17 World Cup first-timers at Brazil 2019 later today?#U17WC | #MondayMotivation pic.twitter.com/iXATcCiEV0