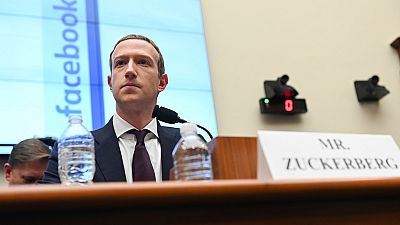 Facebook on Wednesday said it had suspended three networks of Russian accounts that meddled in the domestic politics of eight African countries, and were tied to a Russian businessman accused of interfering in past U.S. elections.

The influence operations hiding behind fake identities were traced back to Yevgeny Prigozhin, who has been indicted in the United States in connection with a campaign targeting the 2016 US elections.

“Each of these operations created networks of accounts to mislead others about who they were and what they were doing,” Facebook cybersecurity chief Nathaniel Gleicher said in a statement.

“We have shared information about our findings with law enforcement, policymakers and industry partners.”

The effort attracted some 475,000 followers and spent $77,000 for ads posting on global and local political news including Russian policies in Africa and criticism of French and US policies.

All the networks were connected to “entities associated with Russian financier Yevgeniy Prigozhin,” a Russian catering tycoon indicted by U.S. special prosecutor Robert Mueller as the backer of an alleged Russian effort to sway elections in the United States with covert social media campaigns.

Prigozhin and lawyers representing him did not immediately respond to a request for comment about the latest Facebook accusations. He has previously denied any wrongdoing.

How did they operate?

In some of the African countries, the Russian-run networks worked with local citizens to better disguise their origins and target internet users, said Nathaniel Gleicher, Facebook’s head of cyber security policy.

“There’s sort of a joining of forces, if you will, between local actors and actors from Russia,” he told Reuters. “It appears that the local actors who are involved know who is behind the operation.”

Facebook declined to identify which local people or organisations had worked with the accounts or which companies it had connected to the activity and Prigozhin, nicknamed “Putin’s cook” by Russian media because of banquets he has organised for Russian leader Vladimir Putin.

The campaigns shut down for meddling in Africa had posted about local news and geopolitical issues, as well as sharing content from Russian and local state-controlled media, Facebook said. Some of the accounts were active as far back as 2014.

Some accounts supported a specific party or candidate, they said, while others backed multiple figures. In other cases, the pages appeared geared towards building support for Wagner activities or Russian deals for natural resources.

“In addition to well-known social media platforms such as Twitter and Facebook, the actors leveraged public WhatsApp and Telegram groups,” a statement from Stanford’s Cyber Policy Center said.

“The operation used social media engagement tactics designed to develop a close relationship with the audience, including Facebook Live videos, Google Forms for feedback, and a contest.”

In Sudan, said Observatory Research Scholar Shelby Grossman, “the tone has been generally supportive of the government, but not transparently so. It does suggest the strategy is very different across countries.”

But researchers at Stanford University, who worked with Facebook on its investigation, said the companies included the Wagner Group – a firm of military contractors that sources have previously told Reuters has carried out clandestine combat missions on the Kremlin’s behalf in Ukraine and Syria.

Reuters reported last year that the group had expanded into economic and diplomatic work in countries including the Central African Republic as part of a push by Russia to increase its influence in Africa.

Russian authorities deny that Wagner contractors carry out their orders and Moscow has repeatedly rejected Western allegations of election meddling.

The Kremlin did not immediately respond to a request for comment. Wagner has no public profile and has never commented about its activities. Prigozhin has denied links to Wagner.

The fight against political manipulation

Facebook, Twitter Inc and Alphabet Inc’s Google have vowed to step up the fight against political manipulation of their platforms after facing fierce criticism for failing to counter alleged Russian interference in the 2016 U.S. election.

Despite the increased scrutiny, U.S. officials have repeatedly warned of the threat posed by Russia and other countries, who they say may still attempt to sway the result of the November 2020 presidential contest.

Alex Stamos, Facebook’s former security chief and now head of the Stanford Internet Observatory says the “franchise” model of working with local people in target countries makes the activity more difficult to detect. Stamos believes it may have been developed to circumvent a move by Facebook to publish the locations of administrators of some political accounts.

The action over the African networks is Facebook’s second move against groups it linked to Prigozhin in a week.

“We’re constantly working to detect and stop this type of activity because we don’t want our services to be used to manipulate people,” Gleicher said.

“In each of these cases, the people behind this activity coordinated with one another and used fake accounts to misrepresent themselves, and that was the basis for our action.”

The company last week said it had suspended a network of 50 Instagram accounts it linked to Russia’s Internet Research Agency, an organisation U.S. prosecutors say was funded by Prigozhin to attempt to sway the 2016 U.S. presidential vote.

ALSO READ: Inside Facebook’s plan to secure users in Africa from harmful content