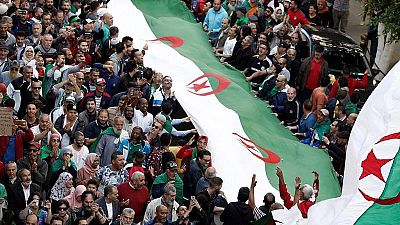 Ali Benflis and Abdelmadjid Tebboune two former prime ministers of Abdelaziz Bouteflika submitted their candidacy for the presidential elections in Algeria on Saturday, according to the official press agency APS.

Two products of the political “system” in power since Algeria’s independence in 1962, both in their seventies.

Aged 75, Ali Benflis has been presenting himself for 15 years as the main opponent of the deposed president, to whom he was very close.

Director of Mr. Bouteflika’s first presidential campaign in 1999, he was then appointed Chief of Staff to the Presidency and then Head of Government in 2000.

Dismissed in 2003, Mr. Benflis ran against Mr. Bouteflika the following year and again in 2014, finishing second in both occasions, far behind the re-elected head of state.

Mr. Tebboune, 73, was a senior civil servant, then several times wali (prefect) before taking up his first ministerial functions in the early 1990s.

Mr. Bouteflika appointed him Minister of Communication when he came to power in 1999, and then entrusted him with other portfolios until 2002. He reintegrated the government in 2012 and gave him the head in May 2017 before dismissing him three months later against a backdrop of clan fighting in Mr. Bouteflika’s entourage.

In total, a few hours before the deadline, which was Saturday at midnight (23:00 GMT), 10 people, according to APS, submitted their candidacy files to the Independent National Electoral Authority.

The election body is supposed to offer guarantees of sincerity in the election and is responsible for examining their validity within 7 days. The Constitutional Council will then have 7 days to draw up the official list of presidential candidates.

Among the other candidates is Azzedine Mihoubi of the Rassemblement national démocratique (RND), a pillar of the coalition that supported Mr. Bouteflika during his presidency.