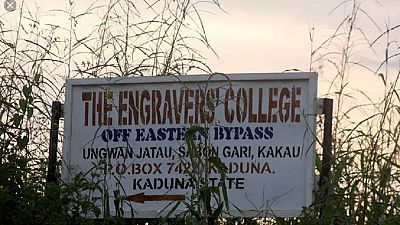 Gunmen who kidnapped six female students and two staff members from their hostels at a remote school in northern Nigeria have made a ransom demand, the regional governor said.

Armed assailants gained entry to Engravers College, a mixed boarding school in a remote area just south of the city of Kaduna, early on Thursday and seized the victims.

“They have made a demand for money and that is being negotiated,” state governor Mallam Nasir El-Rufai told reporters in the capital Abuja.

They have made a demand for money and that is being negotiated.

The governor refused to disclose details of the demands or negotiations as the authorities were “trying to protect the victims and secure their release”.

Abductions for ransom are common in Nigeria and the school is located in an area that has become notorious for armed banditry.

It is far to the west of the region notorious for attacks by the Boko Haram jihadist group.

Boko Haram grabbed headlines around the world in 2014 for the abduction of 276 schoolgirls from the remote northeastern town of Chibok in Borno state.

El-Rufai said those responsible for the Kaduna kidnapping had made contact with parents and that police had gathered relatives together to facilitate communication.

He insisted the police, army and airforce remained on the hunt for the kidnappers and their victims.

A mother of one of the kidnapped children told AFP she had briefly spoken with her daughter by phone.

“My daughter called me early Friday morning on a phone number I didn’t know,” she said.

“She was crying and sounded frightened.”

The school was deserted on Thursday after parents hastily took their children home as news of the abduction spread.