With losses estimated at tens of millions of dollars each year on the continent, counterfeit drugs are a major factor.

It is nicknamed the business of death and yet it is becoming more and more popular in African countries. Fake medicines continue to be consumed on the continent despite the human and economic damage.

About 100,000 deaths in Africa each year, and nearly 42 per cent in a market of 1.5 billion dollars per year in French-speaking sub-Saharan Africa.

The central bank of Kenya announces a tightening of fiscal policy and a reduction in its spending with its key rate unchanged for the 7th consecutive time.

Good news for the Kenyan economy with the treasury’s announcement of its expenditure reduction for the 2019-2020 fiscal year. 445 million US dollars less than in the previous year.

A salutary decision according to the authorities, the revenues generated by these cuts will help to pursue many development projects currently estimated at nearly $3.6 billion. 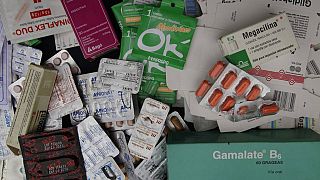