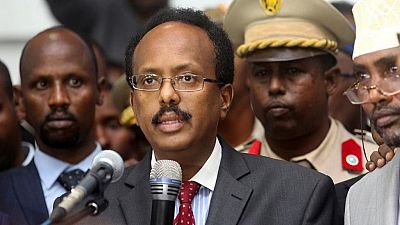 Somali President Mohamed Abdullahi Mohamed on Saturday passed an anti-corruption law, long awaited in one of the most corrupt countries in the world.

The head of state, better known as “Farmajo”, elected in 2017, had put the fight against corruption at the heart of his election campaign.

The new law will allow the creation of independent anti-corruption commissions, at both federal and regional levels, according to a presidential statement.

“Corruption is worse than cancer, because cancer only kills individuals, when corruption kills society as a whole,” the president said in the statement.

In 2018, Somalia ranked last in Transparency International’s ranking of countries with the lowest perceived corruption.

The corruption that is plaguing this country is thwarting efforts to rebuild it, after decades of chaos, civil war and Islamist insurgency.

The authorities also want to improve their image and gain the confidence of the International Monetary Fund and the World Bank in order to obtain debt relief for Somalia.