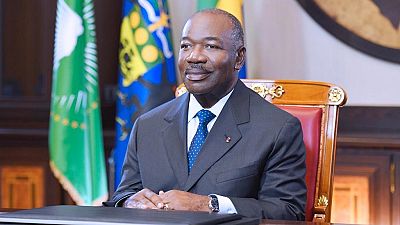 The Gabonese presidency has belied a report suggesting the President Omar Bongo Ondimba had been admitted to a London hospital as his health deteriorated.

The presidency in a statement of September 2, 2019 described the Bloomberg report as hearsay and speculation that lacked professionalism and ethics.

“At no time has the President’s health deteriorated. On the contrary, His excellency the President of the Republic, Mr. Ali Bongo Ondimba, is in recovery phase of the fullness of his physical abilities.

“Moreover, the President of the Republic is not hospitalized, as Bloomberg says deceptively, but is in private residence in his London residence where he took a few days off with his family.

“On this occasion, he performs routine medical examinations and normally continues his rehabilitation,” the statement added. The government said it reserved the rights to seek judicial redress over the report.

There has been speculation for some time about the state of Mr Bongo’s health. He returned to Gabon at the end of March after five months of recovery abroad after suffering a stroke in Saudi Arabia last October.

Since returning in March, the 60-year-old Bongo made his first public appearance in September on the eve of celebrations to mark Gabon’s 1960 independence from France

He laid a wreath at the tomb of the country’s first president, Leon Mba. Before the next day he presided over independence celebrations.

Many people flocked to the seafront, trying to make their way through many security barriers to catch a glimpse of their leader.