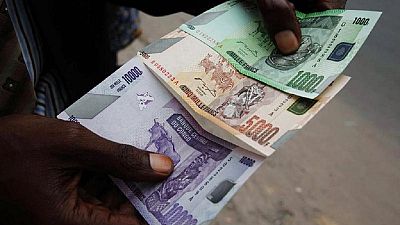 The head of Democratic Republic of Congo’s public finances watchdog was detained for questioning for several hours on Saturday, in what he said was retaliation for investigations by his office into spending by senior government officials.

Sylvain Kasongo, the capital Kinshasa’s police chief, confirmed to Reuters that Inspector General of Finances Victor Batubenga and one of his colleagues had been detained for several hours before being released.

He said the arrests were for “matters of common law”, but declined to elaborate.

Batubenga’s office has been investigating a $100 million line of credit opened in May by the central bank at the instruction of the interim economy minister to reimburse fuel distributors, according to a report his office issued in July.

It was also ordered by the National Intelligence Agency last month to audit spending by the interim government in place since President Felix Tshisekedi’s inauguration in January.

Since taking office, Tshisekedi has promised to clean up corruption which he said proliferated during his predecessor Joseph Kabila’s 18-year tenure.

Civil society groups, however, have accused his administration of profligate spending, charges he has denied.

In an interview with Radio France Internationale, Batubenga said that after he and a colleague were arrested by the police, he was held by an aide to Tshisekedi’s national security advisor, Francois Beya.

“The aide (to Beya) … said my work was causing problems,” Batubenga said. He said the aide also made threats against him and his family. Neither Beya nor Tshisekedi’s spokesman could be immediately reached for comment.

The interim cabinet consists largely of holdovers from Kabila’s final government. New ministers were finally named last week and are expected to be sworn in this week.

The report by Batubenga’s auditors in July found that interim Economy Minister Henri Yav had ordered 15% of the $100 million line of credit to be paid into a bank account controlled by the government committee that monitors fuel prices.

It said that money “did not benefit the state” and called on the government to explain how the money was used. Yav was not immediately available for comment.

The intelligence agency’s order last month said the audit of government spending since January was required “for urgent reasons of state security”, without elaborating.