A lot of international attention has been on the devastating effects of fires rampaging through the Amazon rain forest in Brazil. The place is known as one of the lungs of the earth along with the Congo Basin in Africa.

Whiles governments across the world, the United Nations and environmental conservation groups continue to pile pressure on authorities to combat the fire, records by United States authorities indicated that two African countries were suffering more fire outbreaks than Brazil was.

“Weather Source has recorded 6,902 fires in Angola over the past 48 hours, compared to 3,395 in the Democratic Republic of Congo and 2,127 in Brazil. It’s not an uncommon phenomenon for Central Africa,” a Quartz report said. 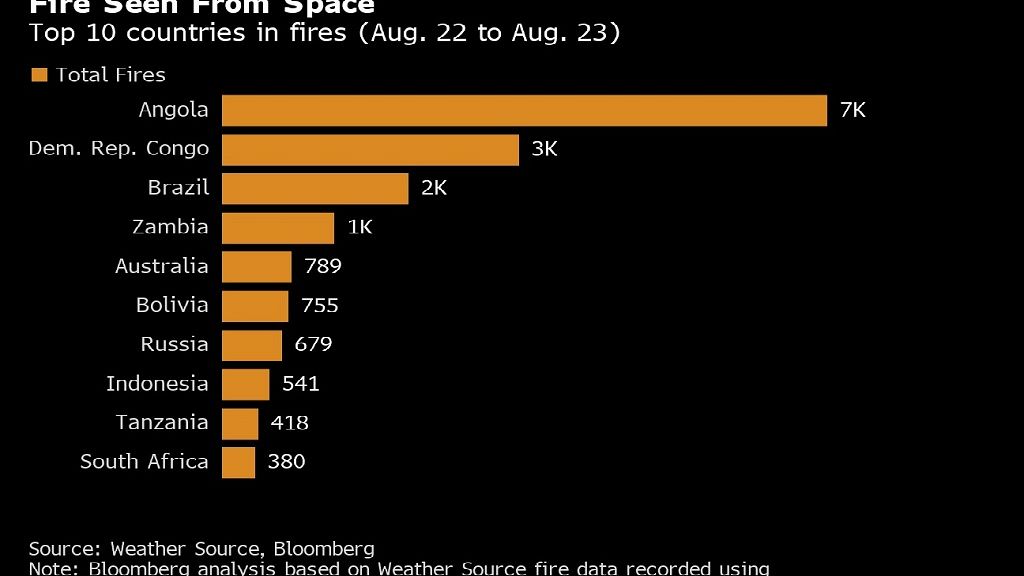 The U.S. National Aeronautics Space Administration, NASA, which operated the MODIS satellite data that tracked the fires said most incidents had been caused by farmers attempting to use burning to clear their farmlands.

Demonstrations have taken place in several Brazilian cities to defend the Amazon. Pushed by international pressure, Brazil finally moved to act on Sunday. Two military aircrafts dropped tens of thousands of litres of water over this area.

In diplomatic circles, it has upped tensions between Brasilia and Paris, after pressure from France on Brazilian president Jair Bolsonaro to act more quickly.

At their recent meeting in Paris, the G7 nations announced aid to the Amazon. The U.N. general-secretary has voiced his concerns and neighbouring Colombia said they will propose a regional pact for the conservation of the region to the UN.

The Amazon is the largest rainforest in the world. It is considered vital in the fight against climate change because of the large quantities of carbon dioxide it absorbs.