Coronavirus – Nigeria: Demonstration of handwashing as one of the precautionary measures to prevent COVID-19

Coronavirus – Nigeria: Twenty-two new cases of COVID-19 have been reported in Nigeria 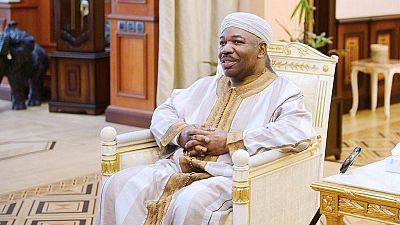 A top judge in Gabon who recently admitted a case challenging the eligibility of President Ali Bongo to continue in office has been suspended by the Ministry of Justice, local news portal Gabonactu has reported.

The case in question surrounds the president’s health following months abroad for treatment and recuperation from a stroke.

On August 12, Judge Paulette Ayo Mba, who is president of Libreville Court of Appeal, ruled that a petition seeking an order for the president to undergo health checks to determine if he can continue in office was valid.

The judge’s suspension comes five days to the next hearing of the case and barely a week after the president’s first public appearance since resuming his duties after a lengthy medical absence.

An opposition coalition made up of political opposition, civil society and trade union movement filed the suit requesting the visibly ailing Bongo be assessed medically.

A lower court dismissed the case in May, saying only the two houses of parliament, or the Constitutional Court acting for the government, were empowered to determine whether the president was unfit.

On Friday, the 60-year-old Bongo took part in events on the eve of celebrations to mark Gabon’s 1960 independence from France, laying a wreath at the tomb of the country’s first president, Leon Mba.

Early on Saturday morning, many people had flocked to the seafront, trying to make their way through many security barriers to catch a glimpse of their leader.

“There are people who said he was sick, but he was able to greet us,” said Mama Youssouf, a young spectator in the crowd. We wanted to see him with our own eyes,” a policeman said ahead of the parade.

There has been speculation for some time about the state of Mr Bongo’s health. He returned to Gabon at the end of March after five months of recovery abroad following after suffering a stroke in Saudi Arabia last October.

Standing straight in an army vehicle, in a dark suit and dark glasses, Bongo on Saturday arrived at the military parade on Libreville’s main boulevard along the capital’s seafront.

He used a long cane to walk to an observation stand, applauded by dignitaries there and he climbed the stairs by himself to his seat, next to his wife Sylvia Bongo, AFP journalists at the scene said. 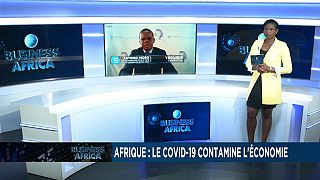