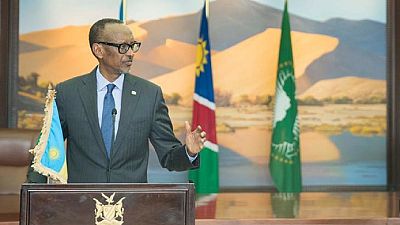 For the second time in a week, Rwandan president Paul Kagame has responded to a recent report by the Financial Times, FT, that poverty figures were manipulated in 2015.

The president’s latest response was at a press briefing in Namibia where he is on an official state visit.

Whiles addressing the issue of poverty in a joint press briefing with his host Hage Geingob, Kagame praised the Rwandan people and their resolve in bettering their lives post the 1994 genocide.

If we cooked numbers we would be cheating ourselves not anybody else. Those writing stories about us are not people we want to please or satisfy. We want to satisfy ourselves.

Further admitting that there was more to be done, he added: “We are very fine. We have problems we have to deal with every day.

“My brother mentioned poverty, that creates other problems.We have been reducing levels of poverty very fast in actual fact, so it is helping us to resolve those other issues that people talk about

He said the decentralized nature especially of agricultural growth made it easy to measure its impact. “You can’t cook these numbers. If you are able to do that and everybody else that deals with you in scrutinizing these numbers then there is a problem in the world not just Rwanda.

“If we cooked numbers we would be cheating ourselves not anybody else. Those writing stories about us are not people we want to please or satisfy. We want to satisfy ourselves.

“It originates from the stereotypes that Africans can do fine, they must be doing things that must be validated from the outside. We don’t want to be validated, we want to do things that are good for us not just to please others,” Kagame added.

His first rebuttal on the issue was last Wednesday when he told a youth gathering in the capital Kigali that the reports were far from the truth.

According to the FT, official data on poverty in the East African country was being “faked” to paint picture that did not represent the reality on the ground.

The article said data from the National Institute of Statistics was designed to fit within Kagame’s narrative to hoodwink foreigners. Poverty had instead increased over the years, said the paper.

Government data shows that by 2017, extreme poverty in Rwanda had dropped to 34% of the population, down from over 60% in less than 10 years.

“First of all, I wish I could make any data [tow] tow my line, because my line am convinced is a good one,” said Kagame at a youth conference, amid repeated applause.

“…I’ll bet with anyone that there is nothing fake or fabricated or doctored about the progress we are making. No question about it.” 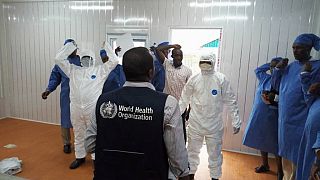 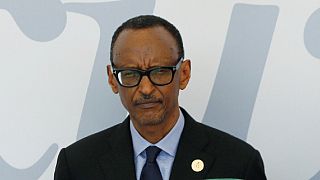 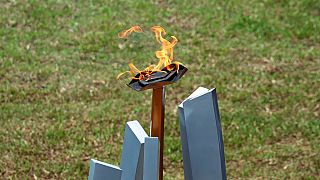