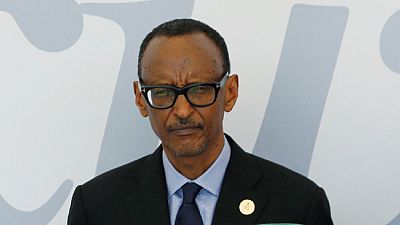 President Paul Kagame has cautioned all adversaries of the country stressing that Rwanda will mess up big time with anyone internal or external looking to thwart its trajectory.

He was delivering his statement at the commemoration of the 25th anniversary of the 1994 genocide. Kagame spoke of the Rwandan resolve to maintain their unity: “That’s is about the fighting spirit that is alive in us, what happened here will never happen again.”

“For those from here or from outside who think our country has not seen enough of a mess and want to mess with us, in defense of those children you saw and our nation, I want to say, we will mess up with them big time,” he said.

His jab is believed to be allied with a diplomatic spat between Rwanda and neighbouring Uganda. Kagame and his counterpart Museveni had been exchanging veiled jabs at each other in the last few months.

Rwanda have insisted that Uganda was supporting rebel elements, detaining Rwandese arbitrarily and persecuting others. Kampala has rejected the allegations despite Museveni’s admission in a leaked letter that he had met a Rwandan dissident.

This year’s genocide commemoration is the 25th since the 1994 genocide. It was attended by a number of African leaders as well as the heads of the African Union Commission and European Commission.

All the African leaders present delivered solidarity statements congratulating Rwanda for making giant strides despite the gory past. Among them were Ethiopia’s Abiy Ahmed, Congo’s Denis Sassou Nguesso, Ismail Omar Guelleh of Djibouti and Mahamadou Issoufou of Niger.

“Twenty-five years later, here we are. All of us. Wounded and heartbroken, yes. But unvanquished.”-President Paul Kagame #Kwibuka25 pic.twitter.com/vg8i9YWDTj