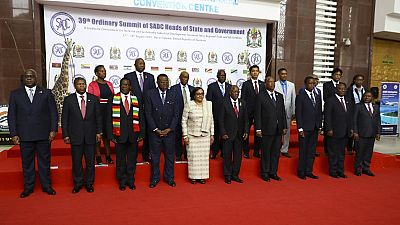 New SADC Chairman, President John Magufuli, has appealed to the international community to scrap sanctions against Zimbabwe, saying the country has already opened a new page and is ready to move forward.

Speaking during his maiden acceptance speech after assuming the SADC chairmanship, the Tanzanian Head of State said when you chop a hand from the body, the whole body gets affected.

He said the problems that face Zimbabwe, literally face all countries in the region. “Zimbabwe has been under sanctions for years, but we need the world to understand that when you chop a hand, the whole body gets affected,” he said.

We should unite to support Zimbabwe against sanctions imposed by western countries, because they (sanctions), are hurting Zimbabweans and people from across member states.

He appealed to the international community to lift sanctions it imposed on Zimbabwe, and called for other SADC member states to stand together to make sure that sanctions imposed on Zimbabwe by the West are lifted. President Magufuli said the sanction have not only been hurting Zimbabweans, but people from the entire bloc.

“We should unite to support Zimbabwe against sanctions imposed by western countries, because they (sanctions), are hurting Zimbabweans and people from across member states,” he said.

European Union (EU), sanctions on Zimbabwe were first imposed in 2002, by Common Position 2002/145/CFSP. The sanctions comprised of arms embargo, as well as an asset freeze and travel ban on targeted people and entities.

The current EU sanctions on Zimbabwe is imposed pursuant to Council Regulation (EC), No 314/2004 (as amended) and Council Decision 2011/101/CFSP (as amended), and likewise consists of an arms embargo and targeted asset freezes and travel bans.